Home » News » Who Is Behind the Slow Food Projects?

The Kiswahili term sukuma wiki, “managing to get to the weekend,” is also the name of an everyday vegetable served with maize porridge or rice in order to ensure a meal through to the end of the week. This leafy green, a variety of kale (also known as chepkilumnda in Kenya) has a spinach-like flavor, though more bitter and complex. In Slow Food’s school gardens in Tanzania, it is cultivated together with matembele (sweet potato leaves) and kunde (black-eyed pea leaves). These leafy greens are used to supplement the students’ everyday meals, providing a good supply of vitamins and minerals.

Sukuma wiki, matembele, kunde: All these words are very familiar to the Slow Food team who travelled to Tanzania for a mission at the end of 2015. Staff from the Slow Food Foundation for Biodiversity regularly visit the activities and projects in Africa and the other continents. These trips are opportunities for exchange and monitoring, and include meetings with the network of activists, food producers and farmers who are working to spread the Slow philosophy in their country. Below are snapshots of some of those from Tanzania.

Freda Chale is a member of the Slow Food Mboga Convivium and Resewo (a local organization that promotes native vegetables, one of Slow Food’s partners on the Gardens in Africa project). Together with other convivium members, she serves a delicious omelet made with derega, a type of climbing spinach, accompanied by a glass of mango juice, to customers at the Dar es Salaam farmers’ market, held on the last Saturday of every month.

“You make more of an impression if you invite a girl out for a pizza rather than cooking her a traditional dish like ugali,” jokes Reguli Damas Marandu, the coordinator of Slow Food’s youth network in Tanzania. “We need to reverse this trend, because local food is connected to culture and, if traditional food is not valued, then cultural values will disappear too.”

Amina Mpore, who is from the Ndigwa region, has decided to start a community food garden, the Tamashe Women’s Group garden, with a group of other women, so that they can have a supply of vegetables that are not chemically treated, like those found normally at the market. She is also a beekeeper and produces oil from Roselle seeds, used in cooking and for cosmetics.

“The earth is life and life comes from the Earth!” thunders Rose Machage. In 1994, she founded an association to help women of all ages become financially independent. Rose has already won two national prizes, for being a creative woman leader in 2003 and, in 2015, as the chairwoman of an organization that oversees a farmers’ exhibition. Her association has 15 members and works in various areas: beekeeping, reforestation with indigenous species, making soap from jatropha seeds and preparing jams and pickles.

Along with a partner, Joyce Urasa is the owner of the Mavuno Organic Farm. She recently opened a restaurant, where she cooks the produce she grows in dishes like kiburu (a soup made with bananas and beans originally from the Kilimanjaro region) and makande (boiled maize with cashews, onions, tomatoes, carrots, peanuts and oil).

Mbaraka Hussein, 16, is one of the boys at the Watoto Foundation’s Child in the Sky center, home to the Makumira School Garden. He calls himself Mr. Slow Food, and he’s determined to achieve his dream of becoming a farmer. He has been at the centre since 2013. In the morning he attends lessons, while in the afternoon he works on various practical activities, like carpentry, plumbing and electrical engineering. He was a street kid until social workers found him begging for money so that he could study. When we ask him what he likes about working in the garden, he answers, “I like seeing how the plants grow gradually.” What could be more Slow? 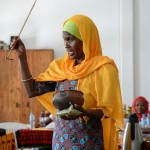 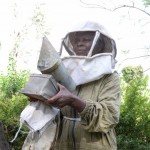 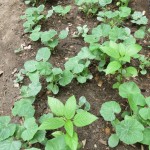 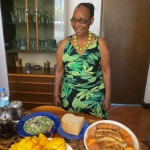 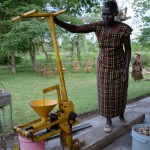 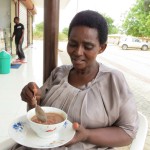 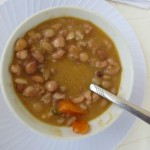 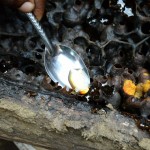 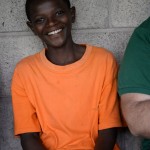 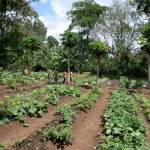 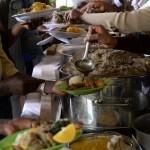 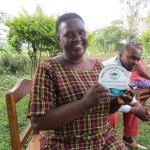 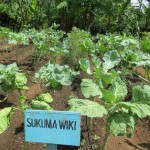