The program was launched in 2010 at the Salone del Gusto and Terra Madre in Turin.

The Slow Food network immediately began mobilizing itself in Africa and the rest of the world. In Africa, the Slow Food convivia and Terra Madre communities responded to the initiative by submitting the details of schools, communities and families interested in participating. Elsewhere in the world, Slow Food convivia, individual citizens, businesses and other groups began raising funds to support the project.

In spring 2011, 15 national project coordinators met in Pollenzo, Italy, and worked with experts from the Slow Food Foundation for Biodiversity to decide how to set up the program and what kind of food gardens should be created. This meeting led to the production of a handbook, which illustrates the project’s philosophy and practice. The handbook is currently available in more than 15 languages. Immediately afterwards, national working groups were formed and began visiting schools and communities to follow up on the various requests received.

Training has represented an essential element for the project’s development since the beginning. In order to explain and share the handbook for the gardens, international seminars were organized for English-speaking, French-speaking and Portuguese-speaking countries. The main seminars were held in Kenya (2011), Senegal (2011), Morocco (2013) and Uganda (2013). Many other training meetings were held nationally and regionally, in Tanzania, South Africa, Madagascar, Ethiopia, Egypt, Mauritania, Benin and Mozambique.

In 2012, the project “A Thousand Gardens in Africa” was the main focus of the Salone del Gusto and Terra Madre. A 400-square-meter African food garden was planted in the Oval pavilion, showcasing traditional plants from all over the continent, from African eggplant to banana and mango trees.

Over the years, many things happened around the gardens: Terra Madre Day was celebrated, new convivia were started (as in Rumphy, Malawi), restaurants were opened (for example in Napoko, Burkina Faso) and much more. Some of the thousand Slow Food gardens have been planted in refugee camps, for example in the Mbera camp in Mauritania.

In 2014, Slow Food decided to relaunch the campaign, scaling up from “A Thousand Gardens in Africa” to a new goal of 10,000 food gardens in the continent. This number represents Slow Food’s strategy in Africa, which involves encouraging local food consumption, food education in schools, promoting biodiversity (Ark of Taste and Presidia), valuing African gastronomic cultures and raising awareness about big issues like GMOs, land grabbing and sustainable fishing.

The project’s new phase was officially launched in Milan on February 17, 2014, during the event Slow Food for Africa, attended by the Slow Food president, Carlo Petrini; José Graziano da Silva, the director-general of the FAO; Cècile Kyenge, Italy’s Minister for Integration; numerous African representatives and 450 supporters of the project, including journalists, entrepreneurs, actors, filmmakers and many Slow Food Convivium leaders and members.

Over the following six years, the number of Slow Food gardens tripled.

The fast pace of expansion of the gardens network has been followed enthusiastically by the local coordinators, who have organized many events for training and sharing and developed side initiatives such as gastronomic and awareness-raising events and new projects, while also structuring networks of volunteers and activists.

“We have achieved much more than just vegetable gardens: We have created an important network that is growing and working for a change of course, to offer our children a future of peace and justice, to guarantee everyone access to good, clean and fair food,” 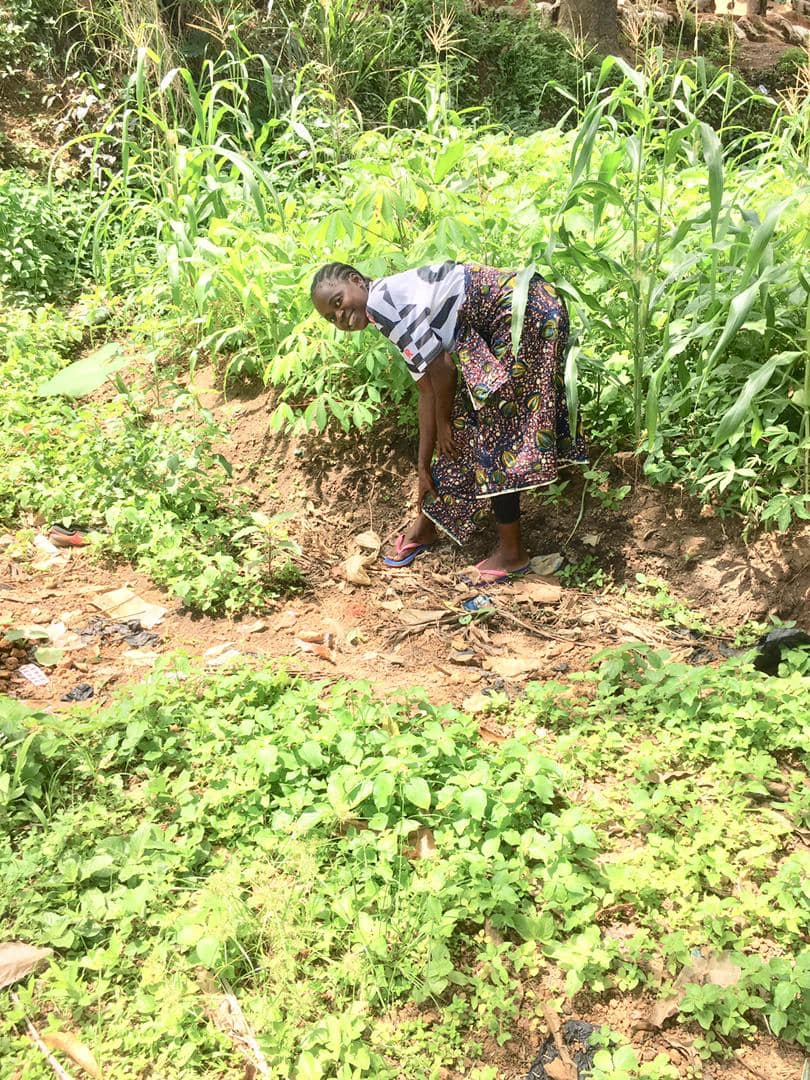 In 2017, Slow Food adopted a manifesto that guides all initiatives and network members. The Slow Food Gardens in Africa contribute perfectly to implementing the strategic objectives of the Slow Food Manifesto, particularly the following:

To Defend Biodiversity – Slow Food gardeners defend and regenerate biodiversity by cultivating many different local indigenous species and varieties that might be endangered or neglected, saving seeds and replicating them, taking care of the environment and bringing the diverse wealth of nature back to tables and market stalls.

To Educate the World Around Us – Slow Food agroecological gardens are open-air classrooms for everyone. They place a value on sharing knowledge within each community and across communities and offer a concrete opportunity to educate younger generations about the importance of good, clean and fair food for all, through educational and awareness-raising activities such as courses, tasting sessions, guided tours and media reports. These young people can then replicate the lessons learned at home and influence others living in the same area.

To Support our Causes and Influence Public Institutions and the Private Sector – Local authorities and decision-makers, business owners and academics can all become partners of the Slow Food gardens network. Slow Food recommends that they get involved in the launch of the gardens and should be invited to meetings, exhibitions and events as well as guided visits of the gardens to show their real impact on biodiversity regeneration and explain the Slow Food philosophy.

In 2020 the official name of the program became “Slow Food Gardens in Africa.”

This change reflects a new strategy that sees more resources (ideas, people, energy, budgets) being devoted to strengthening and maintaining the network of existing gardens as new gardens are created at a slower pace.

Around 150 new gardens are established each year thanks to the fundraising efforts of staff at Slow Food’s headquarters. However, the multiplier effect of the existing educational gardens contributes to new gardens being launched and managed independently at a local level.

The coordinators are increasing the use of different social media tools to create platforms of exchange for the volunteers on the ground. Events and fairs are always a good way to allow community representatives to interact. Groups of gardens in the same area can join together as a Slow Food Community or collaborate on the management of seed banks.

Through the work in communities and schools for the agroecological gardens, the passion and dedication of our Food Heroes (local Slow Food activists) has led to the mapping of products at risk of extinction, the development of supply chain projects, the establishment of indigenous and traditional seed banks and the consolidation of important partnerships with organizations and institutions that share the same direction.

To facilitate sharing knowledge, the materials developed are available to all to freely download here.

Slow Food Gardens at a Glance