Home » News » “We Are Committing a Crime”: Intensive Date Palm Cultivation in Jericho

Jericho, located along the Jordan Valley in the Palestinian Territories, has been known since ancient times as the City of Palms.

For Christians, the place brings to mind the biblical episode in which Jesus enters the city after having crossed the desert, while Muslims find references to the benefits of its dates in the Qu’ran. An ancient Palestinian proverb also reflects the importance of the palm and its many uses in every aspect of daily life: “… the dates for food, the fronds for prayers and praise, the leaves for huts, the fibers for making ropes, the trunk for roofs…”

But these days it is hard to find traces of this privileged relationship between man and date palm in the area around Jericho. Visitors see only orchards of palms grown in intensive monocultures, often owned by investors who have spotted an extremely profitable business opportunity in the international market for Medjool dates (the most common cultivar). Only a few ancient varieties survive in family gardens, their fruits eaten fresh or sold locally and seasonally.

The environment here is desolate, the ground often strewn with plastic detritus from previous cultivations or other waste. The stench of burning plastic is everywhere. The plan of these agricultural entrepreneurs seems to be to buy land that has been recently planted or is in need of planting, to exploit it for at least a 30-year period and then leave it to its fate. 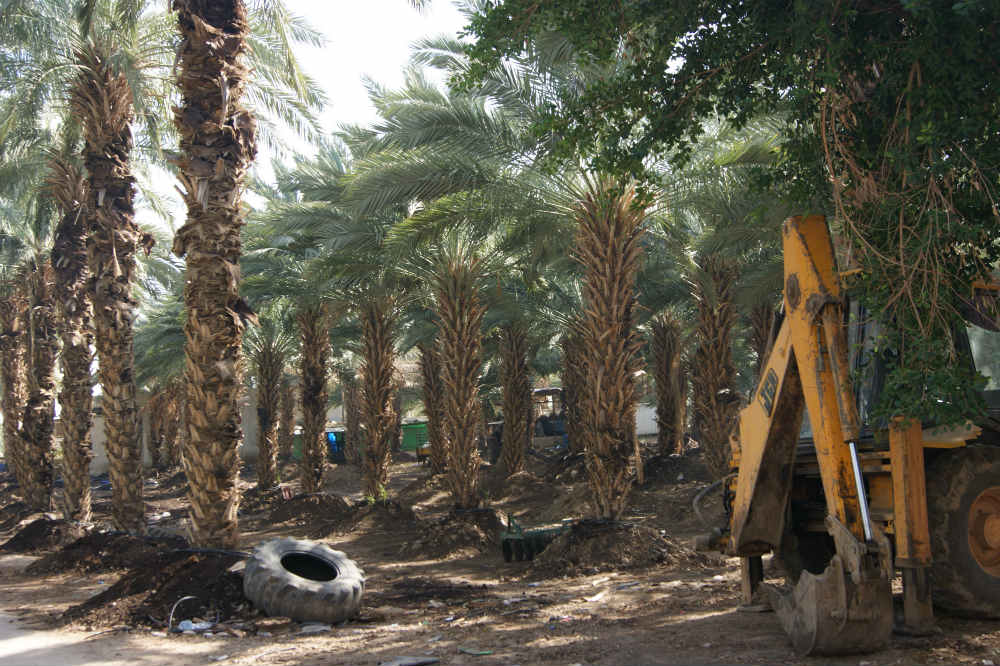 How did we get to this situation?

Palms were a constant presence in the Jordan Valley for centuries, but their numbers underwent a decline in the 18th century and they almost disappeared in the 19th. Travellers in the mid-1800s wrote things like “a stunted date tree was the only monument still standing in the city of palms” or “one has the impression that the date palm is by now very scarce in Palestine.”

The palm groves disappeared, for reasons unknown to us. In their place vegetables, citrus trees and other fruit species were planted, thanks in part to the introduction of new agricultural and irrigation techniques. As industrial agriculture gradually spread, however, the groundwater dwindled and became saltier, limiting agricultural production.

Hence why the Israelis began planting date palms, which are more resistant to saltwater, in the Jordan Valley in the 1960s. Medjool quickly became the most common cultivar, due to the quality of the fruit and their long shelf-life, making them a flagship export product.

Palestinians began investing in the production of Medjool dates from the end of the 1990s, as previously they were not allowed. The cultivar was protected by the Israelis, who controlled the market, and palm trees planted against the rules were uprooted.

Today in the Jericho governate there are around 235,000 Medjool palm trees belonging to Palestinians, and the number is growing steadily. The Israelis, on the other hand, have stopped planting new orchards.

The reduced availability of water represents an enormous environmental problem, but is also a serious political and social issue. Most of the areas with available water have been occupied by Israel. We were told that by law every Palestinian can access one-sixth the water of an Israeli and that they pay four times as much for it. Digging new wells is illegal, but everyone digs, in part as a reaction to the social injustice, heedless of the environmental consequences. Creating new palm plantations means cultivating Palestinian desert land that could otherwise be occupied by Israeli settlements. Paradoxically, planting new orchards becomes a way of defending against occupation, even in the knowledge that irreparable environmental and social damage is being caused.

In the region, the issue of water represents a taboo subject at all levels, spoken about in a low voice, with the hope that someone else will tackle the problem. One of the first palm producers, Arbi, confides to us, “With the intensive cultivation of palms we are committing a crime.” Arbi believes that the plantations should be regulated by a public/private body, because the stakes are too high. Some investors in Jericho are already selling up, because they have seen that the water is running out and God will not be the one to save them. 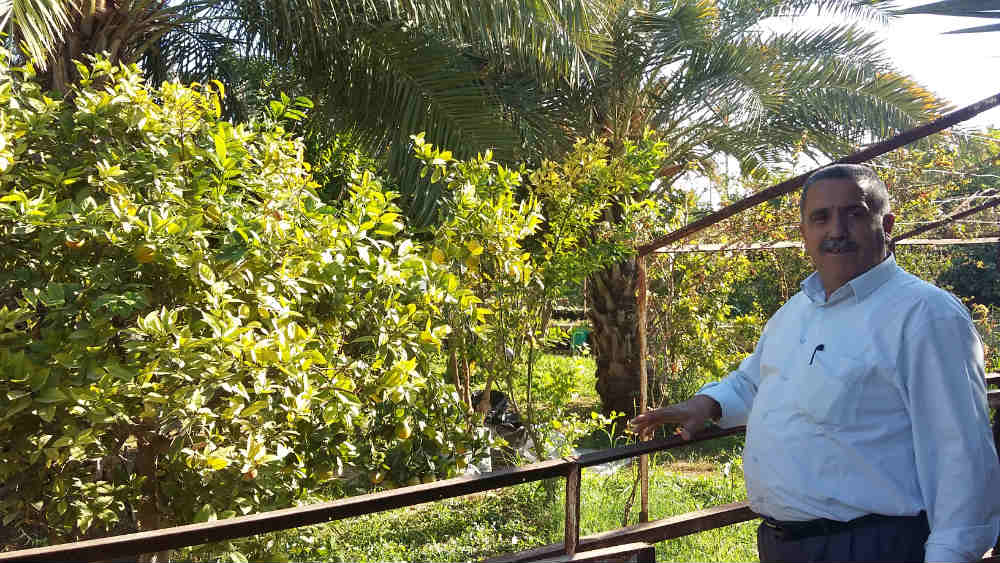 The Slow Food Foundation for Biodiversity, as part of a Fondazione Giovanni Paolo II project, is seeking to highlight the value of the work of small-scale farmers who are still preserving the by-now very rare local date varieties and biodiversity in general. As well as growing dates, these people also cultivate vegetables and citrus fruits, practice crop rotation with forage for livestock. Soon, a food community will be established, made up of small-scale date producers from Jiftlek, a village of 5,000 inhabitants in the north of the Jordan Valley. The village and its lands are in Area C, under Israeli civil and military control, and at high risk of expropriation for the creation of new settlements. This means the producers do not have the right to build, because obtaining permission from the Israeli authorities is practically impossible. Instead they are subject to continuous incursions, aimed at demolishing their shacks or simply for nocturnal military “exercises” in their houses and fields.

Jiftlek has more biodiversity than Jericho because the local farmers also grow vegetables and forage and have fruit trees and livestock. Many of them, who have been farming for generations, are refugees from 1948 and do not own the land they cultivate, which belongs to the landowners for whom they work as sharecroppers. Despite this, they are the ones who know the land, understand the ecosystem and worry about future generations.

We are taking them as our starting point to try to show that there is still hope for sustainable agriculture that is respectful of a difficult and at times inhospitable environment. The conservation of natural resources, above all water, is something deeply felt by the small-scale farmers. They want to continue their agricultural practices, which are the fruit of tradition and culture, but also offer a form of social liberation and hope for the future.