Slow Food’s 2008 mission to Georgia, the homeland of wine, led to the establishment of the Slow Food Georgian Amphora Wine Presidium, a local convivium and two food communities. But most importantly, it contributed to inspiring a transformation in our way of thinking that ultimately led Slow Food to break from its partnership with Gambero Rosso on the Vini d’Italia guide and to embark on a new and important cultural phase.

During our trip, we were left amazed and greatly affected by our meetings with Georgian winemakers, real farmers who applied ancient techniques to ancient grape varieties with names we were unable to pronounce. At the time, most of their wine was used for family consumption—an enormous consumption, but still within the family, and anyone who has been to a Georgian banquet will know what enormous means!

One of the greatest interpreters of the philosophy we were introduced to on that trip was undoubtedly Soliko Tsaishvili, who sadly passed away recently. With his white beard and ironic yet warm expression he had the guru look down perfectly: sparing with his words but overflowing with humanity, proud of his traditions but open to the world. His authority was tacitly recognized by everyone who had dealings with him. From us, he learned to travel, to participate in the Salone del Gusto and other major wine events, becoming one of the key producers in the Triple A movement. From him, we learned to relativize our enological certainties, to broaden our horizons and to love wines that were extraordinary in their diversity. 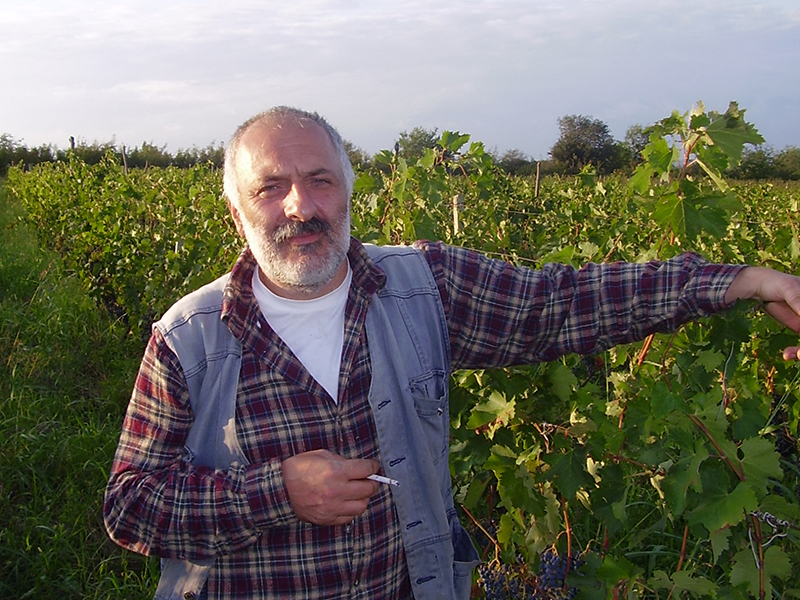