Home » News » The true price of coffee: the bitter aftertaste of seasonal migration and child labor in Guatemala

The food industry is full of “dark sides” that need to step into the light for us to see. Coffee is no exception. This time, we will explore the relationship between coffee as a commodity and the challenging reality of rural communities. In particular, the case of Guatemala, one of the largest coffee exporters.

A closer look at the beginning of the value chain reveals diverse social dynamics and inequalities that lead to vulnerable workers. 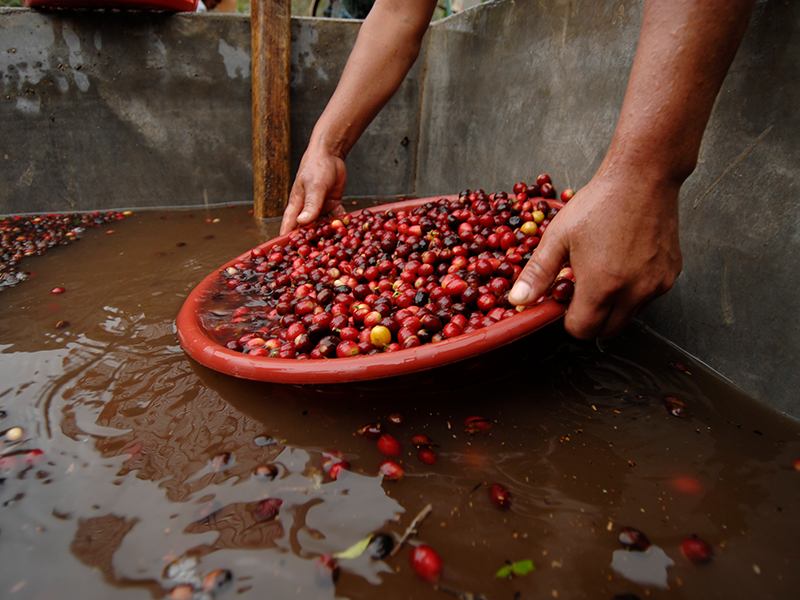 Producers are the first link of the chain, where the raw product comes from, and yet, they receive only about 10% of the selling price of coffee; roasters and distributors are the ones who get the largest share of the profits.

The truth is that behind producers are those who quite often remain in the shadows: the Jornaleros, also known as migrant workers

Harvesting coffee cherries is labor-intensive, and requires about 50 people per 100 ha, compared to 15 people for 100 ha of rice, and 10 for sugar cane. But someone has to do the job.

During harvest season, the Jornaleros migrate for weeks or months to get a paycheck from coffee. In the case of Guatemala, the migrants are indigenous peasants. The migrant flow feeds a large share of the production of coffee in the farms, locally known as Fincas. They constitute the essential labor force for picking coffee and are largely overshadowed by the figure of the producers, mainly playing the role of ‘head of the business’. 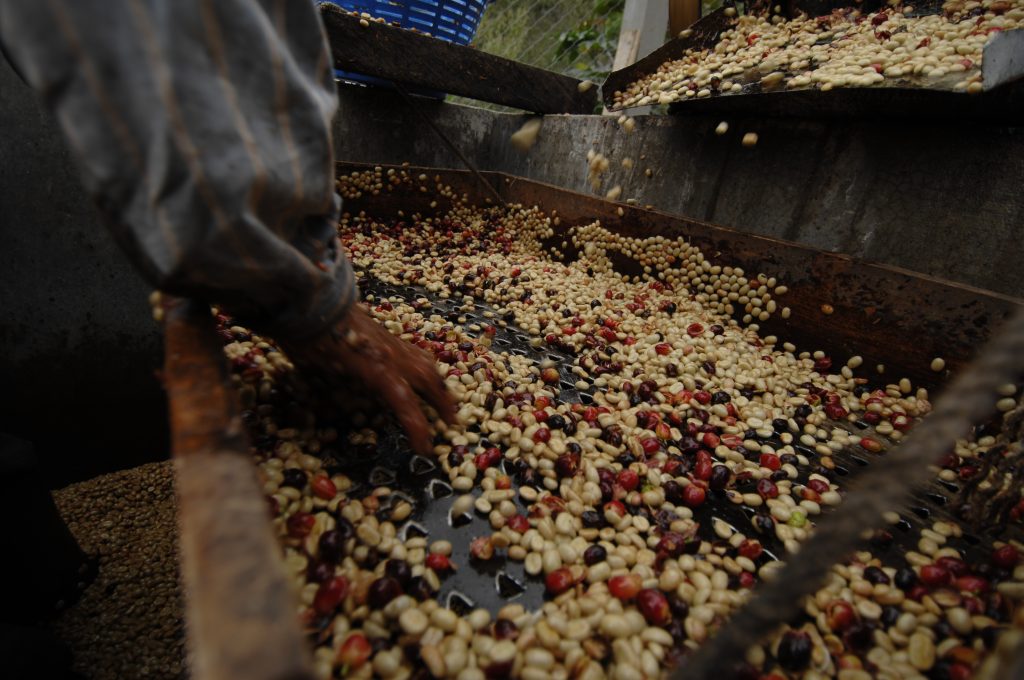 The seasonal migrants in Guatemala are mostly young indigenous men from rural areas of extreme poverty, thus highlighting the economic and social – even ethnic – inequalities, a legacy of colonization.

When they travel with their families, the ordeal includes children and toddlers, who often work alongside their parents in the fields. This cyclical phenomenon was established in the late 19th century and has changed little.

Many of these day laborers speak Spanish as a second language (Guatemala has 21 indigenous languages of Mayan origin) and may have had limited access to formal education. Along with scarcity, they usually lack access to infrastructures such as drinking water, electricity, sewage, and productive resources (especially land), perpetuating the cycle of poverty and dependence on seasonal contracts as a source of income.

The temporary accommodation of the seasonal migrants in the Fincas reflects how deficient their contracts are. Many of them, including their families, stay in Galeras, precarious spaces that resemble windowless warehouses with shared bunk beds.

Temporary work contracts do not include social security, and the salary depends on the weight of coffee collected during a day. Farmers aim to achieve at least one quintal (100 kilograms) per day, which in 2017, for example, paid 35 Quetzales (about 3,50 euros).

They usually work six and a half days per week, an average of 9 hours of work per day. That is the case for many Fincas, even those that have adhered to social and environmental certification protocols.

Among migrants, most minors[2] endure the same overall conditions as adults.

When accompanying parents, the ones who are five or six years old can already participate in the picking and sorting of coffee cherries to increase the daily weight of the family harvest.

In some cases, from the age of 10, they can access a personal contract and their own remuneration. This type of work has no regulation by the law, which sets the minimum working age as 14 years old with a limit of 35 hours per week[3]. 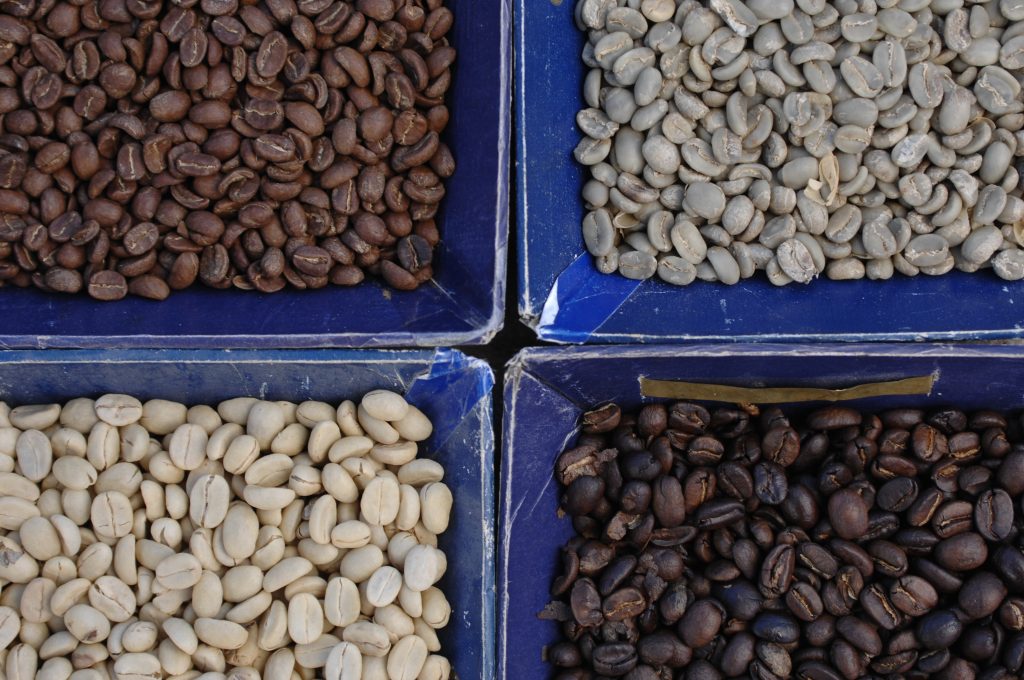 The invisibility of Jornaleros echoes in the lack of information regarding recruitment practices, working conditions, and national or regional data and statistics. Seasonal migrant workers represent the “hard to reach” population, as they keep on moving and are difficult to track. Minors remain invisible since they perform tasks that complement their parents’ work.

Additional vulnerabilities such as missing out on school and the risk of injury are part of the life of these minors. In the case of women and girls, their burden is heavier since they have to work in the field and perform domestic tasks for their families.

Acknowledging this reality adds a bitter taste to coffee, but consumers should be aware of the inequalities in coffee-producing countries. Knowing the true price of coffee (beyond certifications and labels) also implies recognizing the reality of producers and harvesters.

Being informed about the production and origin of the coffee is a good start. Consumers can influence the market and unfair practices by prioritizing sources that respect all the workers in the chain. Drinking better, cleaner, and fairer coffee is a big first step to contribute to changing this scenario.

To understand the origins of this cyclical migration in the coffee industry in Guatemala, and why it’s so hard to find solutions to their issues, including child labor, it is essential to look at the history of coffee in Guatemala and Central America

[1] This article provides an example of the cases of large-scale production of coffee and not of small-scale producers often organized in cooperatives who often depend on their production for a living. The article is based on fieldwork and research done in the years 2014, 2017, and 2021.

[2] Minors are considered to be those under 18 years of age. Currently, in Guatemala, the minimum working age is 14 years according to national legislation. However, having ratified the two Conventions (138 and 182) of the International Labour Organisation (ILO) on child labor, the minimum age according to these is 15.