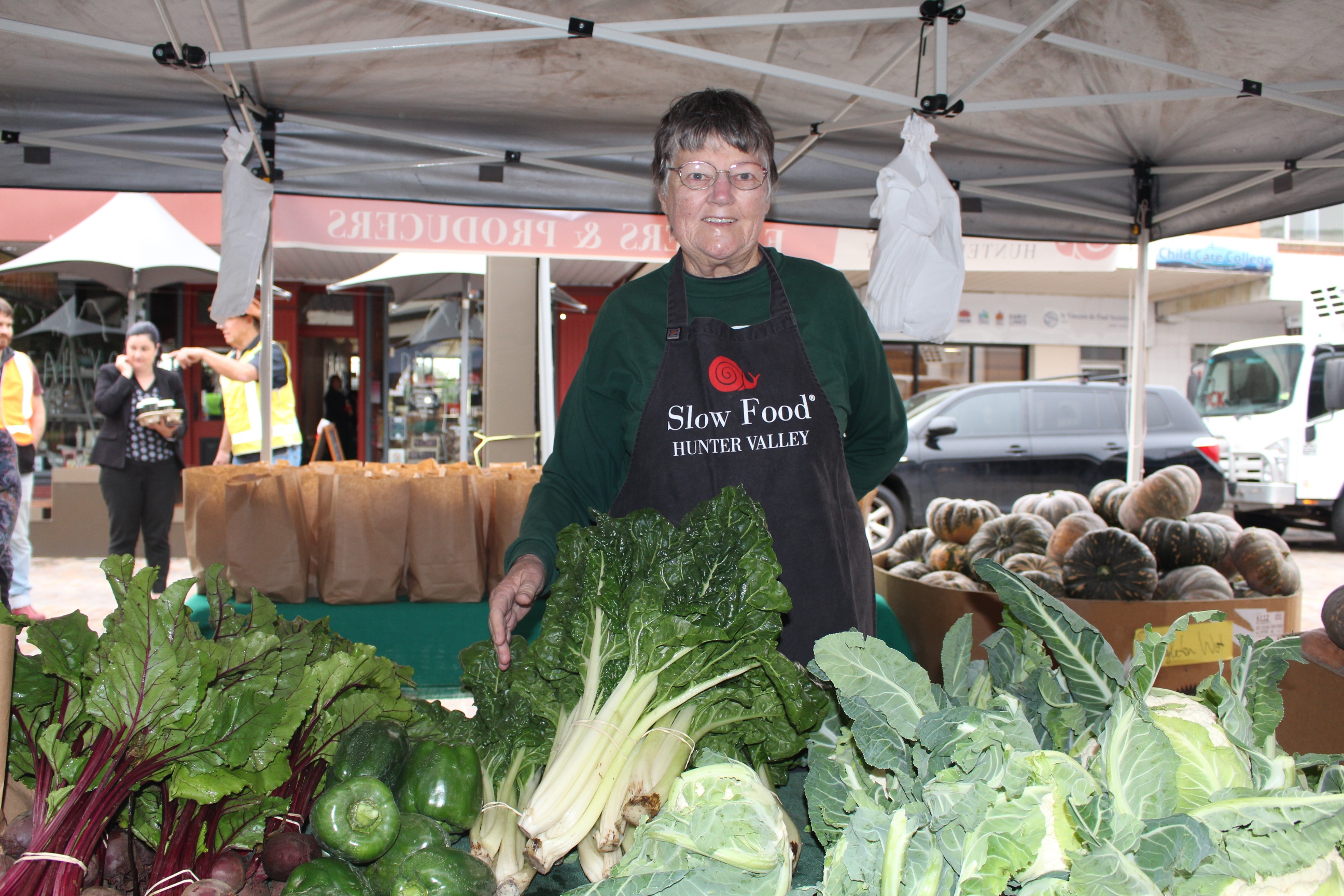 On the east coast of Australia, in the rich alluvial farmland of the Hunter Valley, the farmers of Maitland launched the country’s first Earth Market, on August 3rd 2017.

Slow Food Earth Market Maitland celebrate the farming traditions and rich agricultural history of the region, bringing fresh local food to the 70,000 people who live there.

The upper Hunter Valley is now famous for wine, but Maitland and the lower Hunter Valley has been a productive agricultural centre since the early 1800s. Local farmers raised cattle, grew vegetables, fruit, potatoes and the region’s famous pumpkins. But with supermarkets demanding standardized produce and margins being cut for the farmers, many have stopped farming or sold their small farms to corporate owners in recent decades.

It was the humble pumpkin, widely grown extensively here, that was the catalyst for Slow Food Hunter Valley to assist local farmers to revive the family farming traditions of the region. 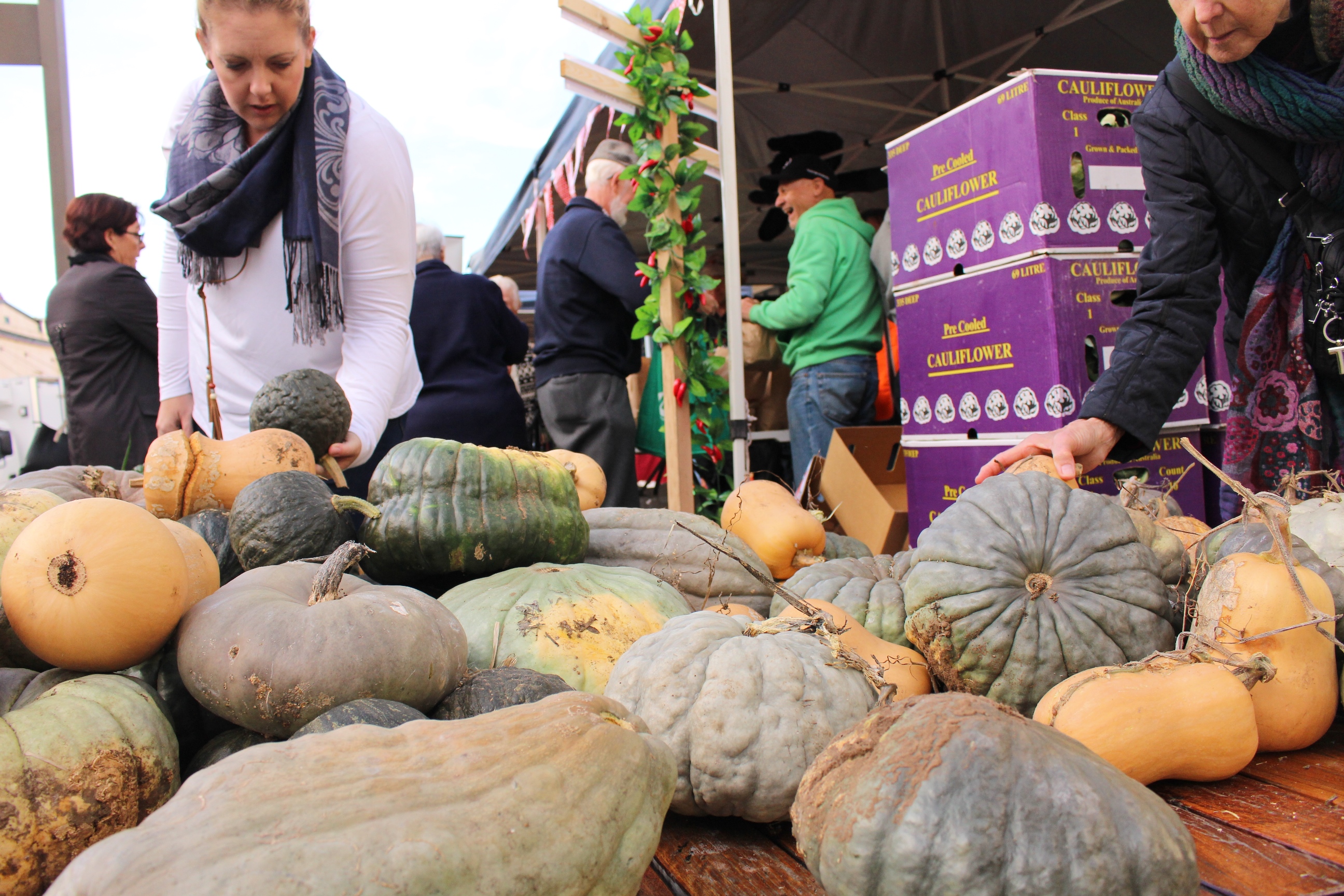 In 2016, local farmer Mathew Dennis and his family were facing financial disaster when his crop was rejected at the wholesale market because the pumpkins were slightly dirty from recent rains. Twenty tons would have to plowed back into the fields. Aghast by this waste of good food, Slow Food Hunter Valley members, with the help of the Maitland City Council, set up a pop-up stall in town and sold the pumpkins directly to local consumers.

The plight of a local family and the specter of enormous food waste energized the people of Maitland. Shoppers waited in line for over two hours to buy pumpkins, while Matt and his staff returned to the farm to pick more. The community embraced their neighbor, a local farmer, and many were surprised to learn the crop was grown just 7 km from the CBD.

What started as an attempt to stop food waste at the farm gate quickly became a regular farmer’s market in the CBD.

It is this project that became an official Slow Food Earth Market. 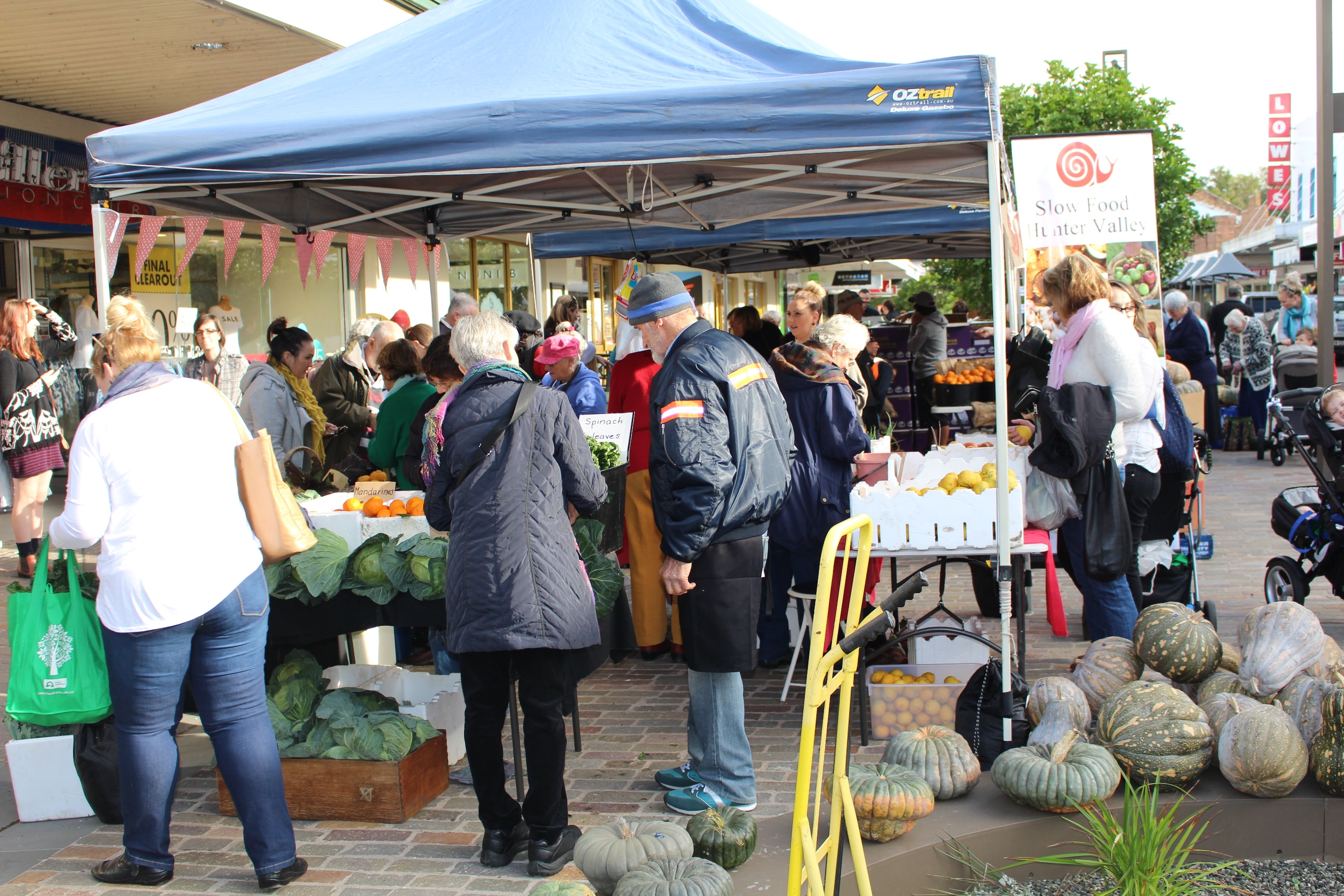 The Earth Market project was chosen so the Slow Food values of good, clean and fair could be applied to the farmers and the produce in the market. The participants at the Earth Market guarantee that their produce is good—meaning fresh and seasonal; clean—made from local crops, free of GMOs and environmentally sustainable; and fair—offering accessible prices to the consumer and fair compensation and conditions for the producers. Consumers will see a poster at each stall with the names of the farmer, their farm, the location and a brief story of how they bring food to the market.

The Earth Market Maitland is about Liam, who at 18 is our youngest farmer, who grows vegetables with his father Matthew in Maitland. It is about Austin, our most experienced local farmer, who bought land in nearby Oakhampton filled with discarded industrial waste, cleaned it up and turned it into a farm growing dozens of field and tree crops. These farmers are growing diverse crops to sell direct to consumers and to improve biodiversity by growing native, local varieties and heirloom foods.

Simon and Loo are biodynamic farmers and sourdough bakers from nearby Dungog. They source their grains and mill their own flours for their breads. They are also part of Earth Market Maitland.

Seventy percent of Earth Market Maitland farmers are under 40 years of age. In contrast, the average age of farmers in Australia is 56. Sarah (an egg producer), Kelly & Simon (chicken and egg producers), Tom & Dominique (garlic and vegetable growers), Marco (a vegetable grower), Sophie (a citrus and fruit grower), Kelly (an urban honey producer) and Mathew and Ruth (who grow free range pork, lamb & beef) are all in their 20s and 30s.

Slow Food Earth Market Maitland is organized by Slow Food Hunter Valley members and community volunteers with support from the Maitland City Council. It is held on the 1st & 3rd Thursday of each month and is open from 1pm – 6pm.