Home » News » The Ark of Taste Book: Lifting the Food Heritage of the Netherlands

It is a gathering place for stories, people, and products, each of which has its own connections to the landscape, history, and biodiversity, think of the Oosterschelde lobster, the Lakenvelder cow, or the Opperdoezer round potato. 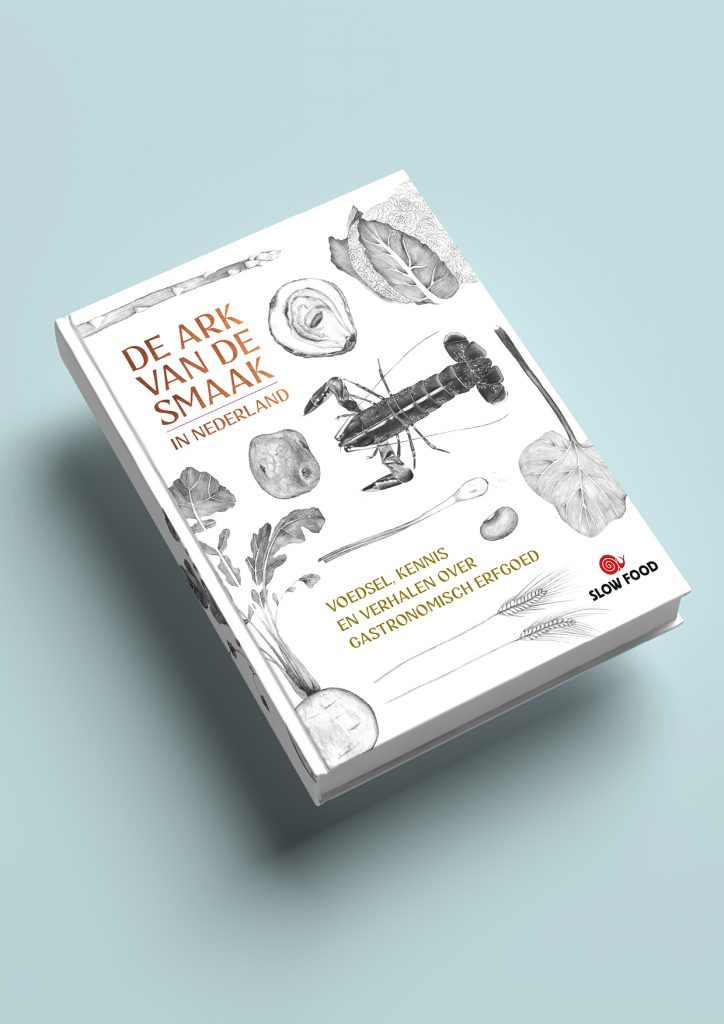 The book shows the hard work of the farmers and fishermen who keep these roots alive, and how they can use the help of society. It is a representation of how we as humans are rooted in place and time by food. An invitation, an opportunity, a reminder that we have a lot to appreciate. That this is not necessarily maintained and that the food choices of each individual are an investment in climate, agriculture, and landscape here and elsewhere in the world.

We caught up with four of the Dutch students from the University of Gastronomic Sciences in Pollenzo, who worked on making this project a reality by researching products and techniques, many of which were new to them, as Dominic said, “The project revealed the many foods and animals that play an important role in Dutch food history and tradition.”

Here is their insightful look at this book and its positive impact.

1- Why did you decide to support the project?

They all agreed on the main goal to help spread awareness on the importance of local food traditions and their connection with the local ecosystems in the Netherlands, “often underrated due to large access to foreign [food] products,” said Ella Pepita Van Dolderen, who also saw the project as a way to “help me to get to know more about my own culture and its food.”

For Yvette Hut, the cultural and traditional aspects of the products were the most interesting, and how having a platform to tell the story of small-scale producers might help regain popularity and value.

Cinta Peerdeman agreed on the importance of contributing to the preservation and conservation of cultural heritage, traditional foods ways, and biodiversity. And Dominic Alexander Van Asseldonk saw the opportunity to debunk the opinion that ‘the Netherlands has no food culture. 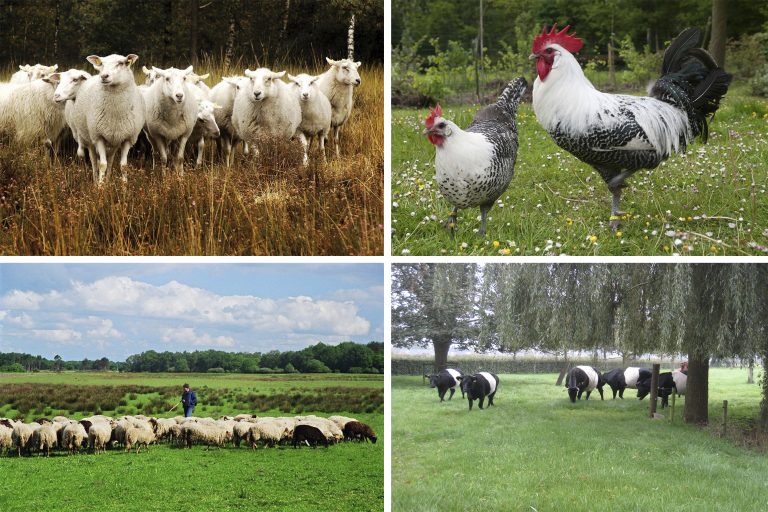 2- Did you know all of the products/techniques that existed in the Netherlands? Did you discover new information about your own country?

“The project revealed the many foods and animals that play an important role in Dutch food history and tradition,” said Dominic who brought up the biodiversity of livestock animals in the book, “Though only known for the Friesian dairy cow, the Netherlands knows a huge diversity of cattle, as well as chicken and sheep breeds.”

For Ella, a large number of the items were familiar, but “I did not know about all the things that were offered in detail, where they come from, and what makes them special,” she said.  Similarly, Cinta was familiar with some products and techniques thanks to the stories told by her grandparents, but most of the Ark of Taste products were new to her, “I was actually a bit ashamed that I did not know so much about Dutch food heritage. In my opinion, more stories about food heritage (and food in general) need to be told in school.”

Even for Yvette, who has always been interested in history and knew about 90% of the products, this project brought valuable new knowledge, “I have learned quite a lot about the Netherlands and its cultural heritage, there were many products I had never heard of before.” 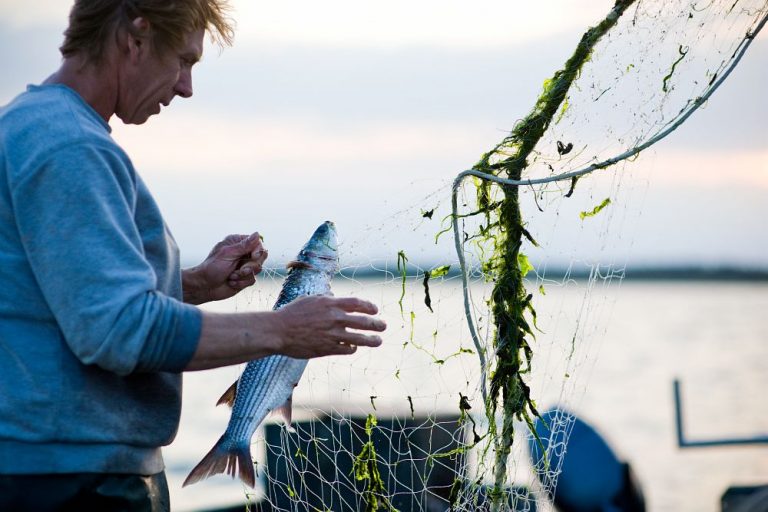 For Cinta, the large variety of Dutch cherries caught her attention, “I discovered that many cherry varieties, which are included in the Ark of Taste book of the Netherlands, can be found in the garden of the Rijksmuseum (in Amsterdam).”

She also loved the story of Gagel and Gagel beer, as she recounts it, “According to a myth, Gagel (sweet gale) can be a hallucinogen, and to avoid this, it needs to be picked by naked witches at the full moon. Gagel was used instead of hops. Since 1950, the amount of Gagel has fallen sharply in the Netherlands, and since 2012 it is a protected plant species, and with that, a traditional Dutch beer style is at risk of extinction.”

The blister head cattle interested Yvette the most as her grandparents used to have them at their farm. “I have been able to talk to my grandmother about the animals and she has given me some very useful information about their characteristics and the way they were looked at. To hear stories about the animals first hand was very special,” she remarks.

For Ella, seafood and its ecosystem have lost much of their value, “I feel, definitely in this period of time, we need to make people realize what type of beautiful quality fish the Dutch waters offer.”

And with terms of ecosystems, Dominic highlighted, “The several breeds of heath sheep that have been kept in the Netherlands are particularly interesting. The way the grazing of the sheep has created and maintained the largest heather areas of the country, truly makes them an unmissable part of the heather ecosystems and the typical Dutch landscape.”

4- How do you think this project can positively affect the Netherlands’ food heritage?

“I believe time is ticking and we should at least note these products down as much as we can, to better defend these small-scale productions that have such an enormous historical, cultural, and traditional value. I hope by reading about the current entries, people start to think about other products that should be selected for the ark of taste before they disappear as many others have already,” warns Yvette.

Cinta agrees, “I think that creating awareness about Dutch food products, which are at risk of extinction, will open the doors for discussion about the importance of traditional practices and knowledge, the cultural importance of heritage foods, and biodiversity, and, the impact our everyday choices have on our food system, the current agricultural practices, and climate change. Food is culture and stories need to be told to support producers and our planet.”

For Ella, this project could, “create awareness and, hopefully, more respect for the environment, products, animals, etc.” She insists the Dutch consumer has to come back to where it all started and that is their own produce from their region.

Dominic sees The Ark of Taste book as “the beginning of an effort to convince people of the beauty and richness of Dutch food history and tradition, and the importance of maintaining these traditions.” Dominic emphasizes the need to understand that “producing food in a way that has been developed by humans, alongside their environment and ecosystems, rather than against them has never been more important. I hope the book convinces the readers to be curious, to consider what is behind what they eat, and to look at what is around them before looking elsewhere.”

Slow Food Netherlands has launched a crowdfunding campaign to bring all the stories, recipes, and product details into a tangible book to share with the community, with the goal of presenting the first copies on various farms in the spring of 2021.

This book is made in collaboration with various members of Slow Food and the Slow Food Youth Network, and the invaluable assistance of students from the University of Gastronomic Science in Pollenzo, who researched, translated, and edited catalog products.

Slow Food’s Ark of Taste is an international catalog of endangered culinary heritage. It contains small-scale products, animal breeds, and crops that are specific to the culture, history, or tradition of a region or country but are in danger of disappearing under pressure from the world market and a food system that is increasingly focused on low prices and efficiency. The products in the Ark connect us to our history and our environment and say something about the state of our food system and food culture in 2020.