Chefs, activists, food producers and members of the press all gathered at the Headquarters of Gastronometro to attend the event that launched the Slow Food Cooks’ Alliance in Turkey, the 25th such alliance launched worldwide to unite those cooks who are committed to defending food biodiversity across the world. 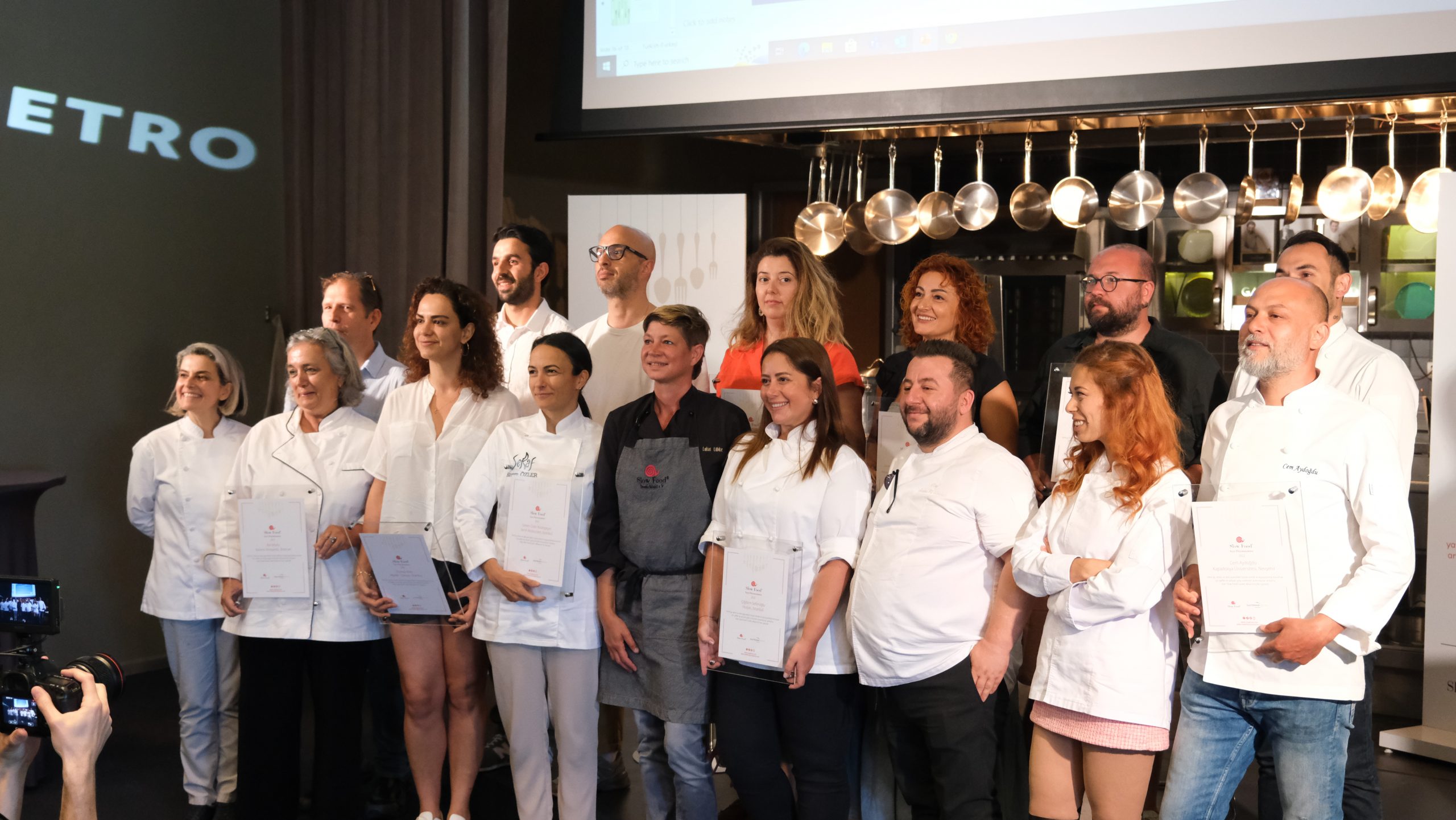 The event entailed a workshop titled “From Shared Problems to Shared Solutions” bringing together chefs and producers who discussed in detail their shared problems from different angles: in the restaurants and in the field. The workshop was sided by an exhibition of the some of the 80 food products enlisted in the Ark of Taste, and was followed by a 4-hand dinner prepared by Chef Aylin Yazıcıoğlu together with Chef Luka Lübne – spokesperson of the Slow Food Cooks’ Alliance Germany who came all the way from Bremen to contribute to the launch and bring the support of all Slow Food chefs who – throughout the world – use products from Presidia projects and the Ark of Taste, as well as local fruits, vegetables and cheeses, in their kitchens.

On the crossroad between the Caucasus, the Middle East, the Balkans and the Mediterranean, Anatolia hosts one of the richest food heritage in the world in terms of varieties, breeds, and processed food products. Yet, its gastronomic heritage is disappearing at an alarming pace. This is why Slow Food has gathered a group of chefs who are committed to promoting and safeguarding the hidden gems of Anatolia’s and Trakya’s cuisine, building concrete bridges with the ultimate guardians of biodiversity: small-scale artisan farmers and rural communities.

30 chefs from across the Country have answered our call to action, from throughout the HoReCa business. A prestigious list, including renowned chefs such as Ali Ronay – one the most established ambassadors of the Anatolian Turkish Cuisine to the world; Aylin Yazıcıoğlu – a chef and consultant with experience in several Michelin-starred chefs, and Maksut Aşkar – who has contributed to the re-discovery of many forgotten food traditions across Anatolia. The Alliance also encompasses chefs from larger HoReCa groups with clear commitments towards sustainability and the protection of food biodiversity.

The Slow Food Cooks’ Alliance in Turkey is not meant to be a prize awarding dishes or menus. It is a living alliance of chefs recognizing the key role that artisan farmers play in Anatolian gastronomy: preserving the ingredients that make it possible.

Slow Food has already cataloged onto the Ark of Taste over 80 food products that are at risk of extinction – whether vegetable varieties, animal breeds or processed food products. Through the Slow Food Cooks’ Alliance, chefs now commit to use local and neglected food ingredients to ensure these products – and the communities that keep them alive – a sustainable future.

Gastronometro is the first gastronomy discovery platform of Turkey under the structure of Metro Turkey, and was established in 2015 as an education, development, and activity center. Gastronometro aims to contribute to the growth of Turkish gastronomy and to carry Turkish cuisine and local gastronomic traditions to future generations. It organizes trainings under the leadership of instructor chefs on various topics such as menu concept, operational management, hygiene, and international cuisine, and provides a space for young chefs and chef candidates to grow and express themselves.