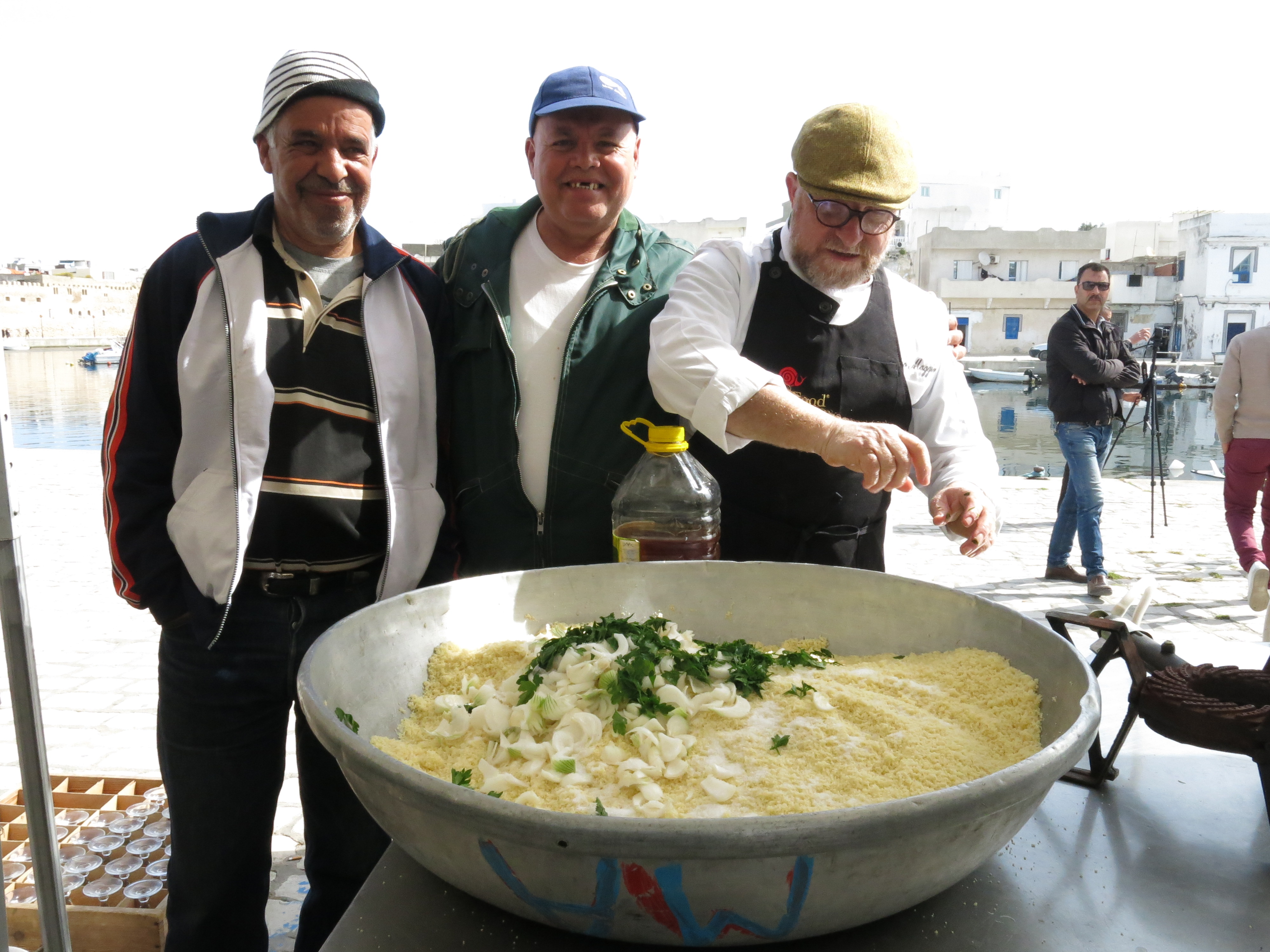 In response to the ever-growing industrialization of the fishing industry, and the subsequent risks the overfishing and destruction of the local ecology posed to the existance of fishing communities in the region, the Club Bleu Artisanal was founded.

This association was set up to support traditional and ecological methods of fishing, specifically for the artisanal fishermen of Haouaria in Tunisia, promote under-appreciated seafood and create their own way of certifying the quality and provenance of seafood in an effort to protect their region and members. Working together with Slow Food, the Club Bleu Artisanal was instrumental in bringing the Slow Fish campaign to Tunisia, an effort which culminated in the Slow Fish en Tunisie, held Saturday April 7 at the old port of Bizerte.

Members of fishing communities from Morocco, Algeria and Italy, adhering to the Slow Food and Slow Fish philosophy descended upon Bizerte, joining with their Tunisian counterparts, for a celebration of good food and good practices. The old port was abuzz with activity as a fresh seafood market dominated the area and the chefs from around the Mediterranean, began to prepare feasts showcasing the flavors and ingredients of their respective regions. 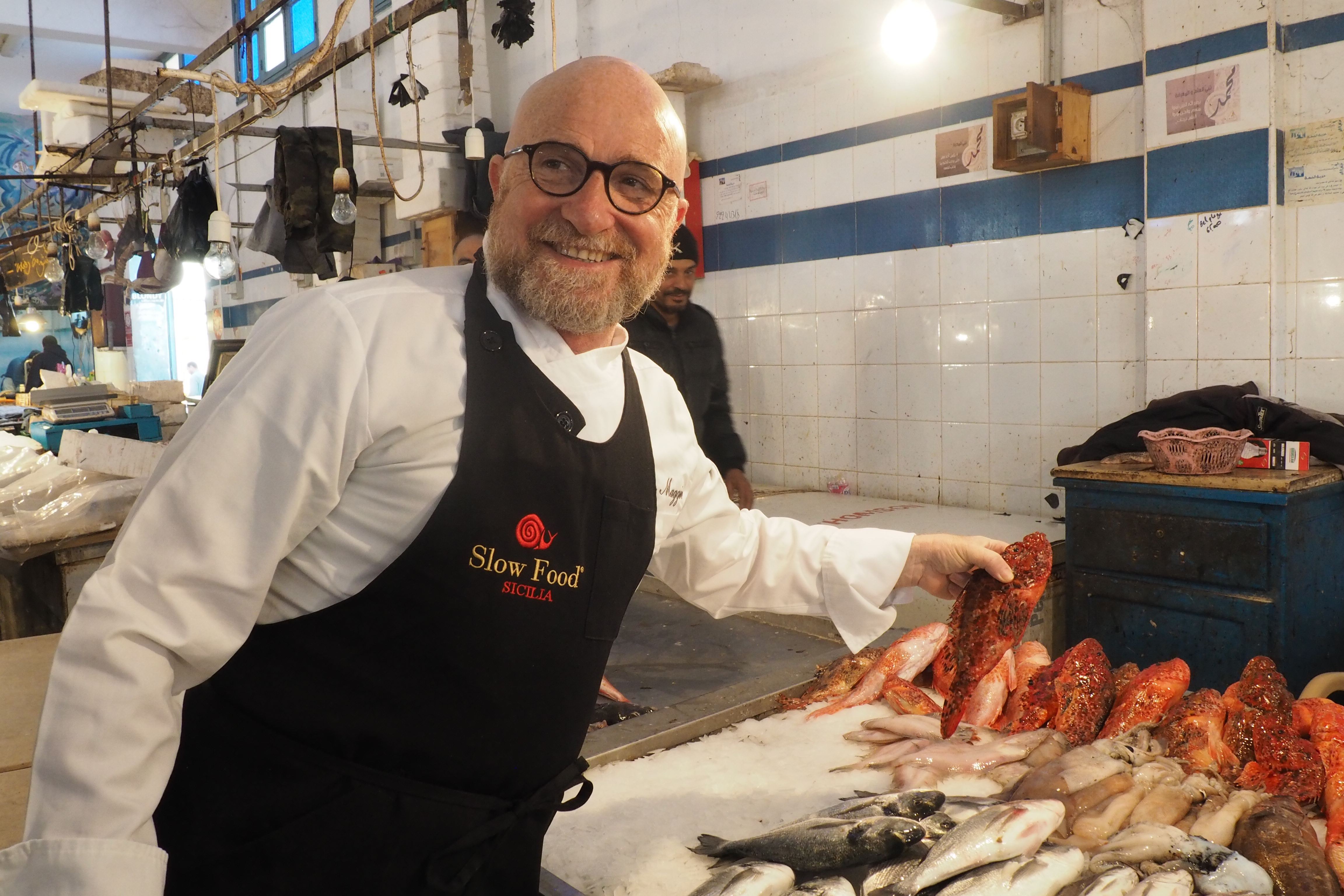 As much as it would be sufficient to merely treat the event as a festival of good food, there was an important educational element involved as well. The communities come together at Slow Fish, united by the philosophy of good, clean and fair food, to share and learn, in order to improve their own practices and help the wider community grow and develop.

These were not lectures delivered coldly or lifelessly, to an unwilling audience. Instead, the atmosphere was more like that of a forum, a sharing of ideas, as the presentations were based on each speaker’s experience. Listeners were enraptured as fishermen, cooks, and organizers dug into their own experiences and their own knowledge, to tell their stories. This ‘round table’ focused on the question of protecting artisanal fishing practices and the marine environment, through a responsible approach to gastronomy. 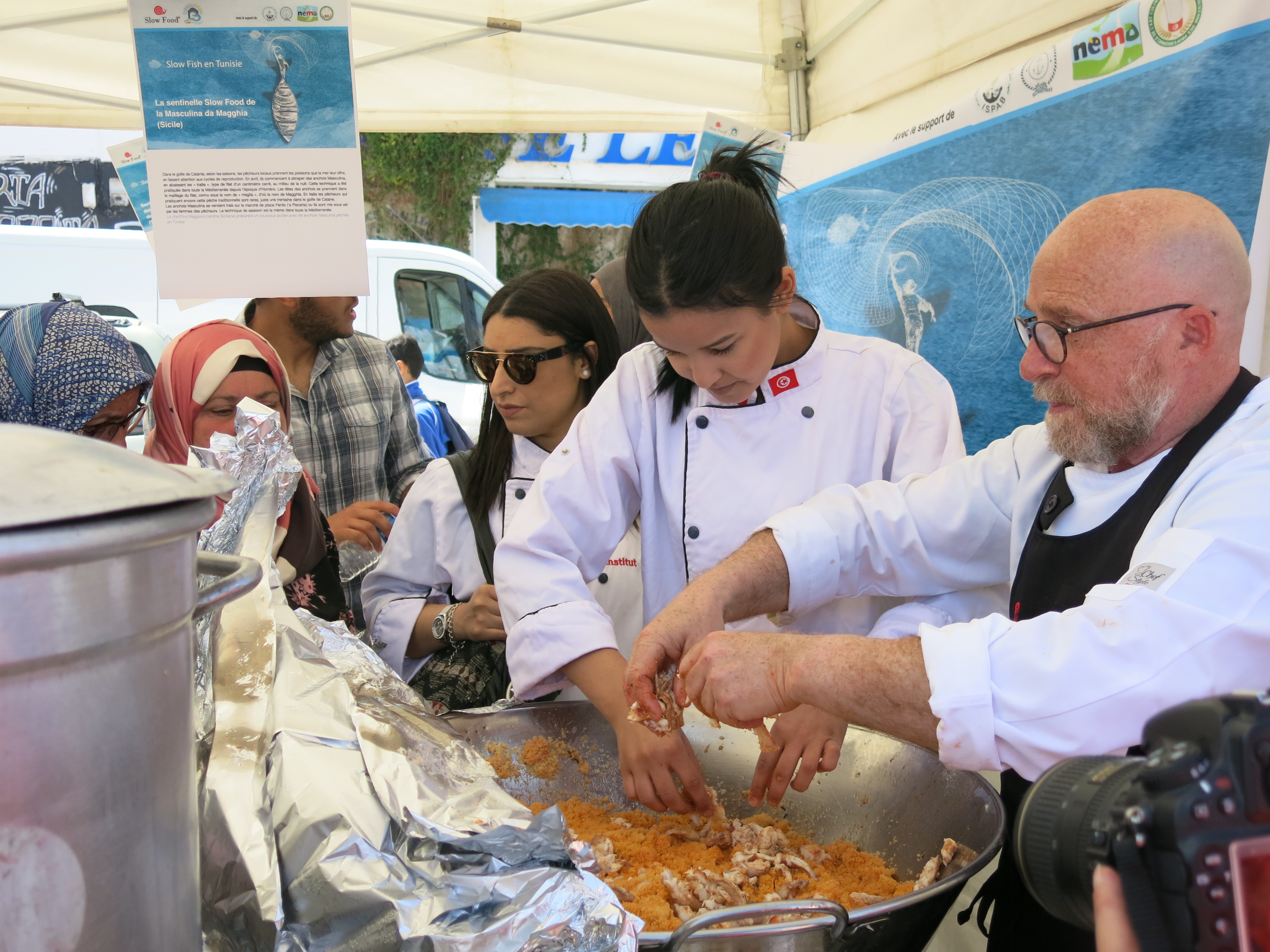 As lunchtime approached, and with the discussion reaching a conclusion, participants and visitors were treated to a wonderful range of dishes prepared by the cooks present. The dégustation was an occasion for the cooks to show off their regional specialties and their creativity, working with fresh products including those which are considered of low commercial value. Thus the cooking was not merely an opportunity to sample delicious food, but a demonstration, a show, reinforcing the didactic element of Slow Fish, allowing fellow cooks and producers to think of integrating what they saw into their own work.

Where and when the next Slow Fish event for these communities will take place is not yet sure, on the other hand, the fact that there will be another, and many more to follow, most certainly is. More than likely, Bizerte and Tunisia will hand the torch on to another country in the region, allowing another fishing community the honor of hosting and exhibiting at home. The bar has been set and participants will aim to raise it in time for the following meeting, with plans of growth and expansion of the project already in the works. The co-organizers of the Bizerte event, Club Bleu Artisanal are hoping to sow the seeds of a Slow Food Chef’s Alliance in the region, adding another facet to the event. 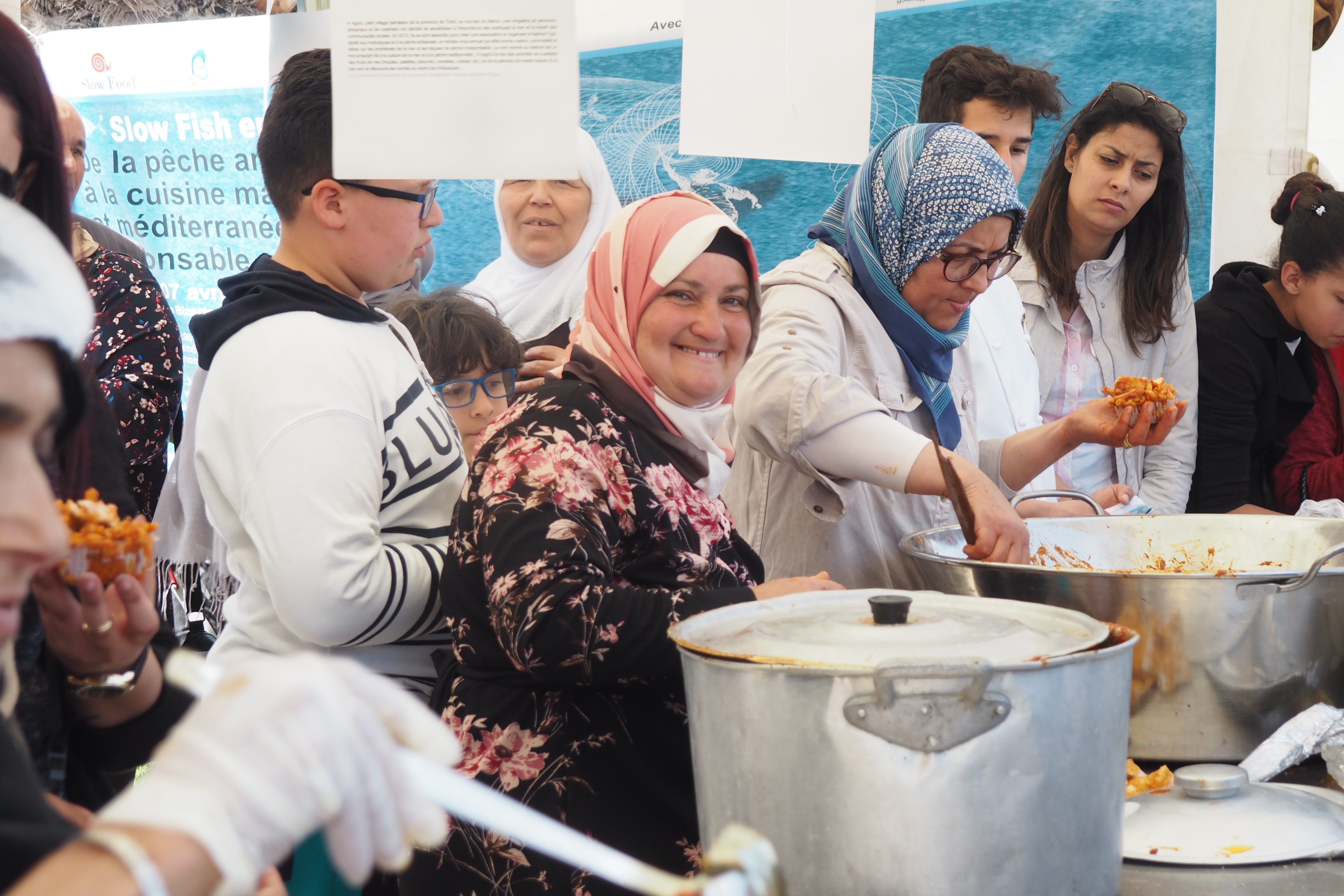