The new status, obtained thanks to the shared efforts of farmers and institutions, recognizes the fundamental importance of this heritage poultry breed to protecting and promoting the island’s biodiversity

The Settlers’ Icelandic hen first arrived on the shores of Iceland in the 10th century, when settlers from Ireland and Norway crossed the Atlantic Ocean to colonize the previously uninhabited island. In fact, the bird’s Icelandic name, landnámshæna, translates as “settlers’ chicken.” Landnámshæna spread across the country and soon became a vital resource for fresh eggs and meat for the newcomers, for centuries remaining the only chicken breed on the island. 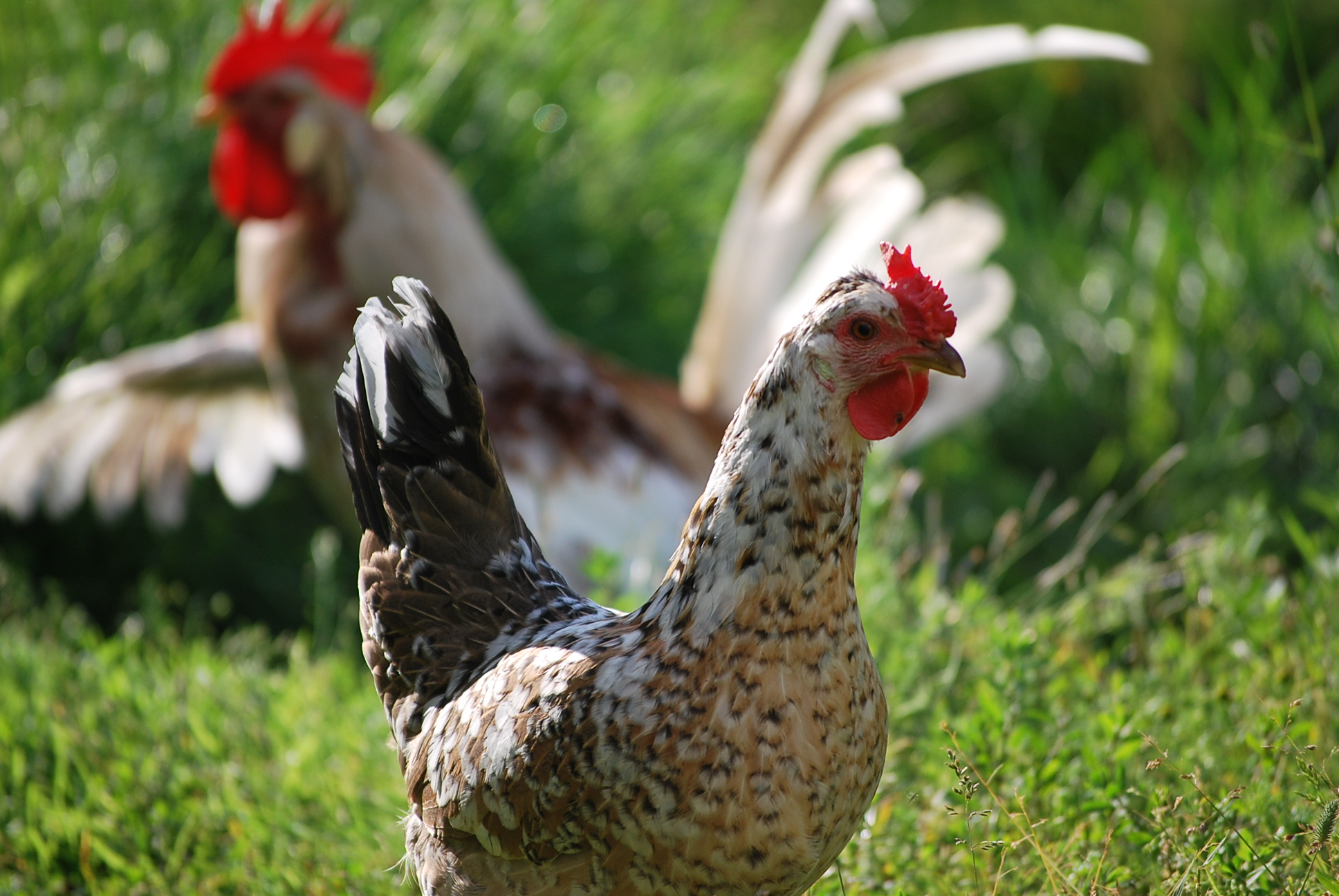 “The Icelandic native hen is an old landrace with bloodlines reaching as far back as Iceland’s first settlers,” says Jóhanna G. Harðardóttir, the Presidium producers’ coordinator. “They are very colorful, medium-sized chickens, rather long-legged and with a light build. They are bred for their eggs, since the chickens are typical free-range birds, coping with Iceland’s harsh environment all year around and laying eggs even in the dark, cold season.”

The centrality of the landnámshæna to the everyday diet of Icelanders lasted until the mid-1970s, when the breed started being gradually replaced by more productive, imported chickens. However, its structural role in Icelandic culture soon became the subject of valuable scientific research.

“Between 1970 and 1974, Dr. Stefán Aðalsteinsson, a geneticist and livestock expert at the Agricultural Research Institute, initiated the conservation of the remaining population of old Icelandic poultry,” explains Dr. Ólafur R. Dýrmundsson, the Slow Food Presidium coordinator. “He collected birds from various parts of the country and formed a nucleus flock quite distinct from the imported commercial breeds already dominating both egg and poultry meat production in the country. This flock was then handed over to Hvanneyri Agricultural College, which became the Agricultural University of Iceland. A few years later interested farmers took over this conservation work and maintained the original population which Stefán had saved from extinction. This led in 2004 to the founding of a society by those interested in keeping and conserving this heritage breed, Eigenda- og ræktendafélag landnámshænsna, or ERL.” 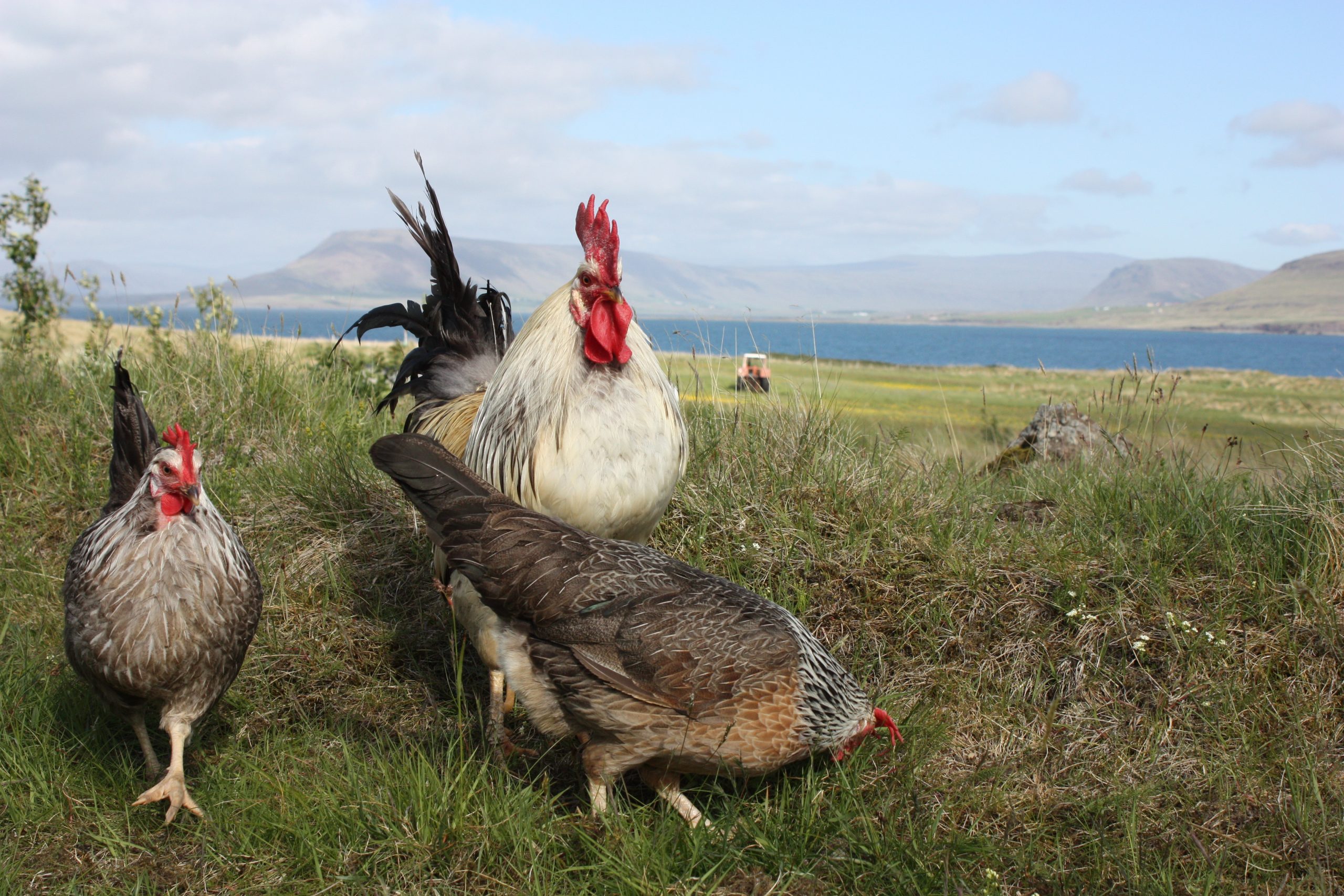 Dr. Ólafur R. Dýrmundsson continues: “These efforts have been supported over the years by institutional bodies such as the Agricultural University of Iceland, the Agricultural Genetic Resources Committee and the Farmers Association of Iceland. This is because one of the characteristics of Icelandic agriculture is the conservation and utilization of native, heritage livestock breeds. All sheep, horse and dairy cattle production is based on one breed each, with fairly large populations, whereas among the landraces brought to Iceland by the settlers over 1,100 years ago, the poultry breed preserved in only small numbers and is at risk. All the breeds dating back to the settlement (landnámskyn) are known for their great genetic diversity, which can be seen, for example, in their colors.”

Icelandic food security has long been based largely on meat, milk and eggs. These days, it is difficult for farmers to change a mentality that does not seem to recognize the added value of organic and sustainable production of these foods. “The main difficulty faced by the ERL is to make clear the difference between industrially produced eggs and the eggs from a free-range, organically fed and humanely kept chicken. Our organization has also been susceptible to a lack of understanding from the authorities, making all work on service and monitoring for the breeders hard,” says Jóhanna G. Harðardóttir.

In this context, Slow Food’s recognition of the Presidium is an encouraging sign that bodes well for the future: “By establishing the Presidium, the marketing of labelled products, mainly eggs, will improve, as consumers will pay attention to the narrative labels and appreciate the efforts of the small-scale, local producers,” says Dr. Ólafur R. Dýrmundsson. “This means the consumers are likely to help us to maintain and preserve this breed in the future and also help us to fight the genetic erosion now taking place in native poultry breeds worldwide. Our hopes for the future are certainly strengthened by our links with Slow Food and its ideology.”

“We owners of landnámshæna are an optimistic clan!” concludes Jóhanna G. Harðardóttir. “We hope to make the Icelandic consumer understand biodiversity and that keeping this exceptional breed alive is collateral for the environment and our culture.”

To find out more:

Read the full description of the Settlers’ Icelandic Hen Presidium, with details of the coordinators and producers.

Check out the full list of all Slow Food Presidia in Iceland.