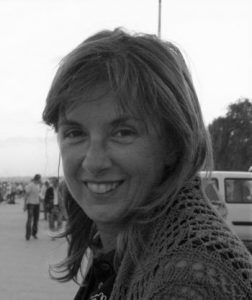 Born in 1961, is an agronomist who lives in L’Aquila and works for the Gran Sasso and Monti delle Laga National Park. After graduating in 1986 with a degree in agricultural sciences from the University of Bologna, she knew immediately that she wanted to work for the government, providing technical assistance to farmers in her native mountains, helping them improve their social and economic circumstances and protecting agricultural and livestock biodiversity. She found out about Slow Food through its atlas of typical foods produced in national parks and was immediately taken by the Presidia project. Over the years she has contributed to the establishment of many, including nine in and around L’Aquila. In 2006 she was elected to the Slow Food National Council and later joined the regional coordinating committee. Following the 2009 earthquake that devastated L’Aquila, she developed the “10 Gardens for 10 Tent Cities” project and then launched a farmers’ market project, an immense effort that still occupies her today. In July 2018 she was elected to the Executive Committee of Slow Food Italy at the National Congress in Montecatini.