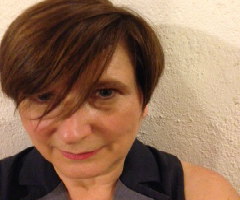 Born in Milan in 1964, Laura Ciacci is in charge of Slow Food’s institutional relations. She was communications manager for Danone group and WWF, and began her journey with the Slow Food association as a member and then leader of the Rieti Convivium. Over the years she began to dedicate herself to international cooperation, developing projects in Amazonia, Africa and the Mediterranean. She is one of the founders of the Global Coalition against Poverty, launched during the G8 in 2005 in Aquila, and she participated in the President’s Committee of the Centro Studi di Politica Internazionale (International Policy Study Center) in Rome. In 2014 she assumed the role of coordinator of the Italian Committee for the International Year of Family Farming.