‘The diversity of livestock and crop variety can be considered a dictionary of sorts, thanks to which it is possible to adequately answer the needs of the great diversity of territories…’
Wendell Berry

A few days ago FAO published its Second Report on the State of the World’s Animal Genetic Resources. Part 1 of the report presents a list of significant and worrying data.

17 percent of livestock breeds are at risk.* This percentage represents a total of 1,458 breeds, including those that are already extinct. However, since the risk status of 58 percent of livestock breeds is not fully known, the state of animal biodiversity connected with food production might be even worse than recorded. From 2005 to 2014, the percentage of breeds at risk grew by 2 percent. 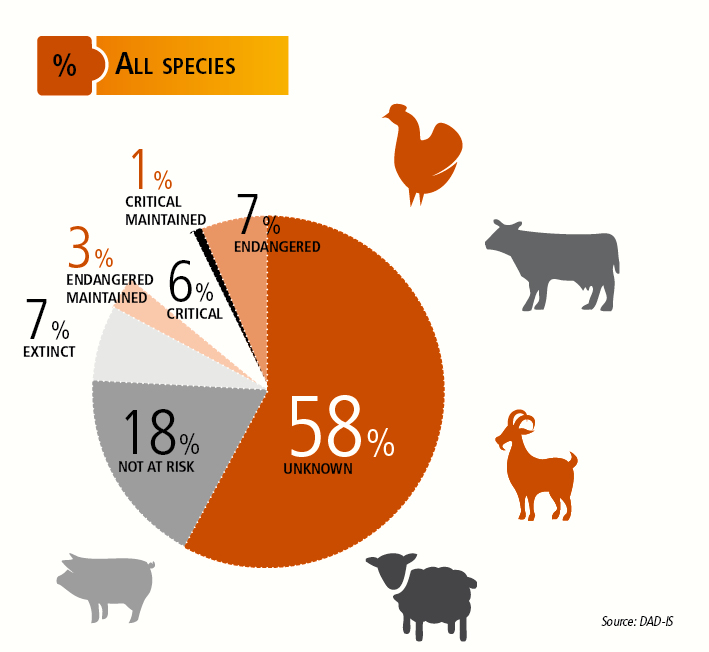 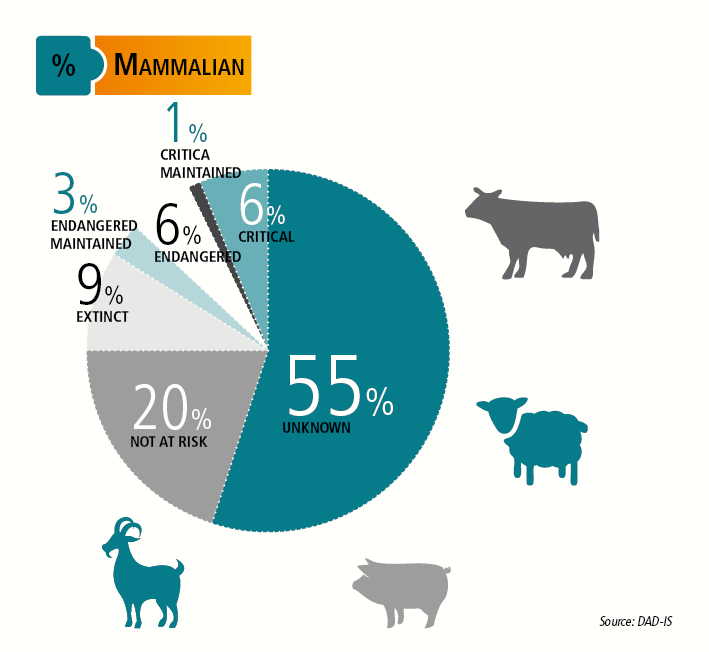 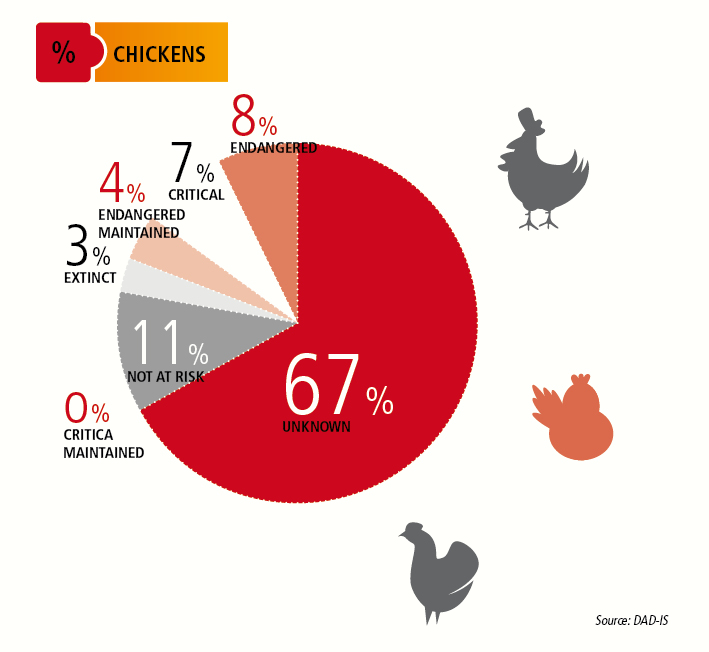 The regions with the highest proportion of breeds at risk are Europe and the Caucasus (31 percent of mammalian breeds and 35 percent of avian breeds) followed by North America (16 percent of mammalian breeds). It should be added, however, that in other regions data is lacking on the risk status of a high percentage of breeds. FAO appears to connect this fact to the existence of highly specialized factory farms in which production is dominated by a limited number of high-output breeds.

In 2012, there were 1.5 billion cattle, 1.2 billion sheep, about 1 billion goats, 1 billion pigs and more than 21 billion chickens in the world. These overall figures refer to an increasingly limited number of breeds. 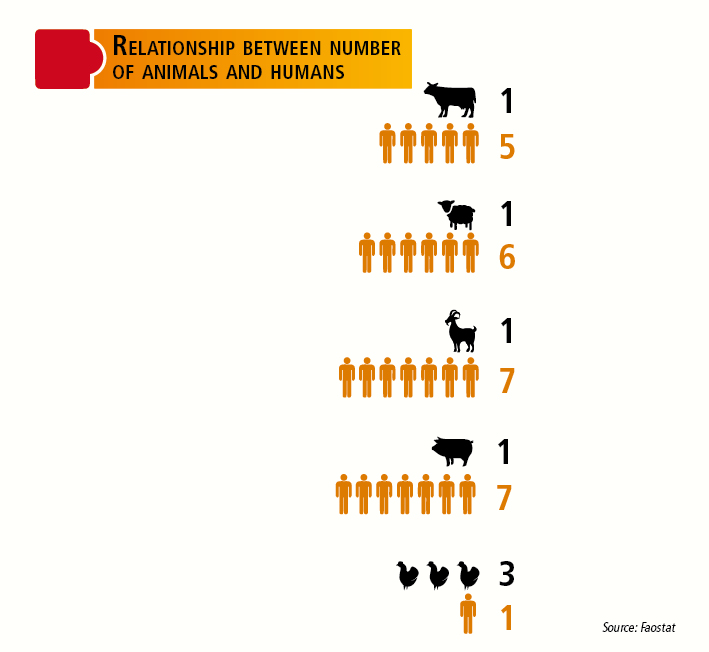 In his Foreword to the Report, the Director General of the Food and Agriculture Organization Graziano da Silva stresses how domesticated animals contribute directly to the livelihood of millions of people, including an estimated 70 percent of the world’s rural poor. This is why the world’s livestock biodiversity is vitally important in the fields of agriculture, rural development and food and nutrition security.

The Report shows how the fate of single breeds and their likelihood of survival are closely connected to how they are used, and the role they assume from several points of view; in terms of food production, the sociocultural and ecological functions they perform, and because they constitute a decisive factor in alleviating poverty and enabling development.

Piero Sardo, president of the Slow Food Foundation for Biodiversity, comments: “In the history of nature and man, the extinction of species and breeds has always been normal. But in natural history, as some species and breeds disappeared, so others replaced them naturally. The substantial difference today is that man has accelerated the phenomenon with the rhythm and logic typical of industrial processes, forcing nature to accept only some breeds. The industrial production of meat, milk and eggs is based on a limited number of high-output breeds, no more than about 30 the world over. The genetic selection of commercial breeds, in the hands of a few multinationals, relies on highly productive animals suitable for intensive breeding and marginalizes all local breeds, which risk disappearing one by one. Only now are we beginning to grasp the genetic, economic and, above all, cultural cost of the strain. The cultural aspect is usually overlooked, so it’s necessary to stress just how important it really is: if we lose a breed, with it we lose a cultural bond with our history and the way we do things.”

Asked about the significance of the percentages cited in the Report, José Bové, member of the European Parliament, campaigner and spokesman for the Via Campesina movement, declares:


How can we stem this growing erosion?

According to FAO, the strategic priorities can be summed up as follows: improving knowledge of the characteristics of different types of animal genetic resources (AnGR), the production systems in which they are stored and the trends affecting these systems; developing stronger institutional cadres; improving knowledge, education, training and research in all sectors; strengthening breeding strategies and programs, and expanding and diversifying conservation programs. Last but not least, it will be necessary to allocate considerable financial and supplementary resources to improving the sustainable management of AnGR.