The revival of Orkney bere, once banished from bannock recipes to the backbench behind modern barley, continues to go from strength to strength.

Sometimes referred to as ’90-day barley’, bere is an ancient grain that has been grown for centuries on northern Scottish islands and other regions with low-fertility soils and short summers. It was the dominant staple crop in Orkney and Shetland until the late 19th century, when modern wheat and barley varieties took over and bere all but disappeared over time.

However, bere has enjoyed something of a renaissance in recent years, as more and more people are discovering its distinct flavour and impressive nutritional benefits (it ticks all the high fibre, low GI, high micronutrients, and low gluten boxes). Now, in addition, bere’s potential genetic advantages compared with modern crops are the subject of advanced academic research that could provide solutions for a more sustainable agricultural system in the future.

The survival and revival of Orkney bere is thanks, in large part, to two Orkney institutions: the Barony Mill, in Birsay, and the Agronomy Institute of the University of the Highlands and Islands at Orkney College, Kirkwall.

During bere’s 19th-century peak, there were as many as 25 mills in Orkney grinding out oat and beremeal to feed the livestock, the local population, and the lengthening list of maritime visitors and Royal Navy sailors. Today, the beautiful Barony Mill is the only one left, and it is the only place in the world milling beremeal commercially. This is even more impressive when you consider that it’s a preserved Victorian water-powered mill, with a practically imperceptible cabin footprint and electricity bill, which still operates in almost exactly the same way as it has done (excluding a brief pause between the mid-1980s and mid-1990s) since 1873. 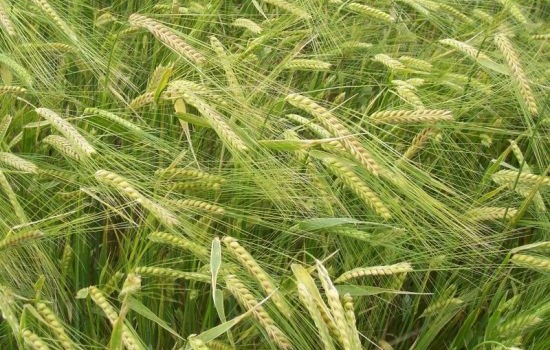 Beremeal is popular for personal home use (bannocks especially), and you can find it in many Orkney shops as well as at specialty grocery stores around the UK. The mill’s two biggest clients, however, are local Stromness bakeries Stockan’s and Argo’s. The relationship with Stockan’s, in particular, has brought Orkney beremeal to the attention of a much wider British audience in recent years, as Waitrose now stock Stockan’s Orkney Beremeal oatcakes (which feature a sketch of the Barony Mill on the label) at 175 supermarkets across the UK.

The other institution, the Agronomy Institute at Orkney College, have also been involved in successful bere-related commercial ventures for some time. This year, the Institute supplied more bere grains to CAMRA award-winning Orkney brewery Swannay (who malt it for making their popular Scapa Bere) as well as renowned Islay whisky distillery Bruichladdich (who then plant it on Islay and use it for distilling special release single malts, the most recent being Bere Barley 2008). Through a range of collaborative projects with other institutes and universities, the Agronomy Institute is also the major driving force behind new academic research about bere and its future potential.

Using seeds collected from farms and collections in Orkney and beyond, the Agronomy Institute have been growing, studying and selling different accessions of bere for over a decade. Two areas of research in particular are gaining traction in 2018, with research papers submitted for review and possible journal publication later this year. 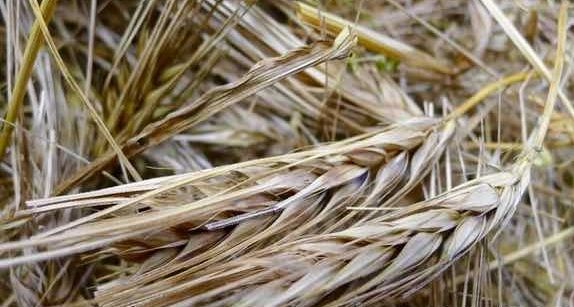 One project, funded by the Scottish government’s Rural and Environmental Science and Analytical Services as part of a broader programme for research on biodiversity and ecosystem function, has revealed that bere performs extremely well in nutrient-deficient soils compared with modern crops. In 2017, in collaboration with the University of Copenhagen, bere accessions were planted alongside modern barley in sandy, manganese-deficient soils, and the results were remarkable: the bere grew tall, laden with full heads ready to be harvested, while the modern varieties lay limp, stunted, and yellowish, barely reaching knee height. Such findings could, in future, help limit the need for chemical fertilisers in commercial cereal crops. It could also help make traditionally harsh, infertile areas good for organic, sustainable crop growing as we adapt to problems posed by climate change.

The second study, in tandem with molecular biologists at Scotland’s James Hutton Institute as well as archaeologists at Orkney College and the universities of Manchester and Sheffield, is investigating whether grain morphometrics can be used to identify remnants of bere grains from different archaeological sites. This method could potentially help to determine when bere came to Britain, and from where. If this is used, for example, to link bere to ancient sites such as Orkney’s own Skara Brae – the best-preserved neolithic settlement in Northern Europe, and Orkney’s main tourist attraction – it could help us learn more about the hitherto mysterious Stone Age societies linking Orkney with Stonehenge and beyond. This might give more clarity not only on what these prehistoric people ate, but also where they came from and where they went.

For an age-old grain that was almost declared dead barely 30 years ago, Orkney bere certainly seems to be alive and kicking now!