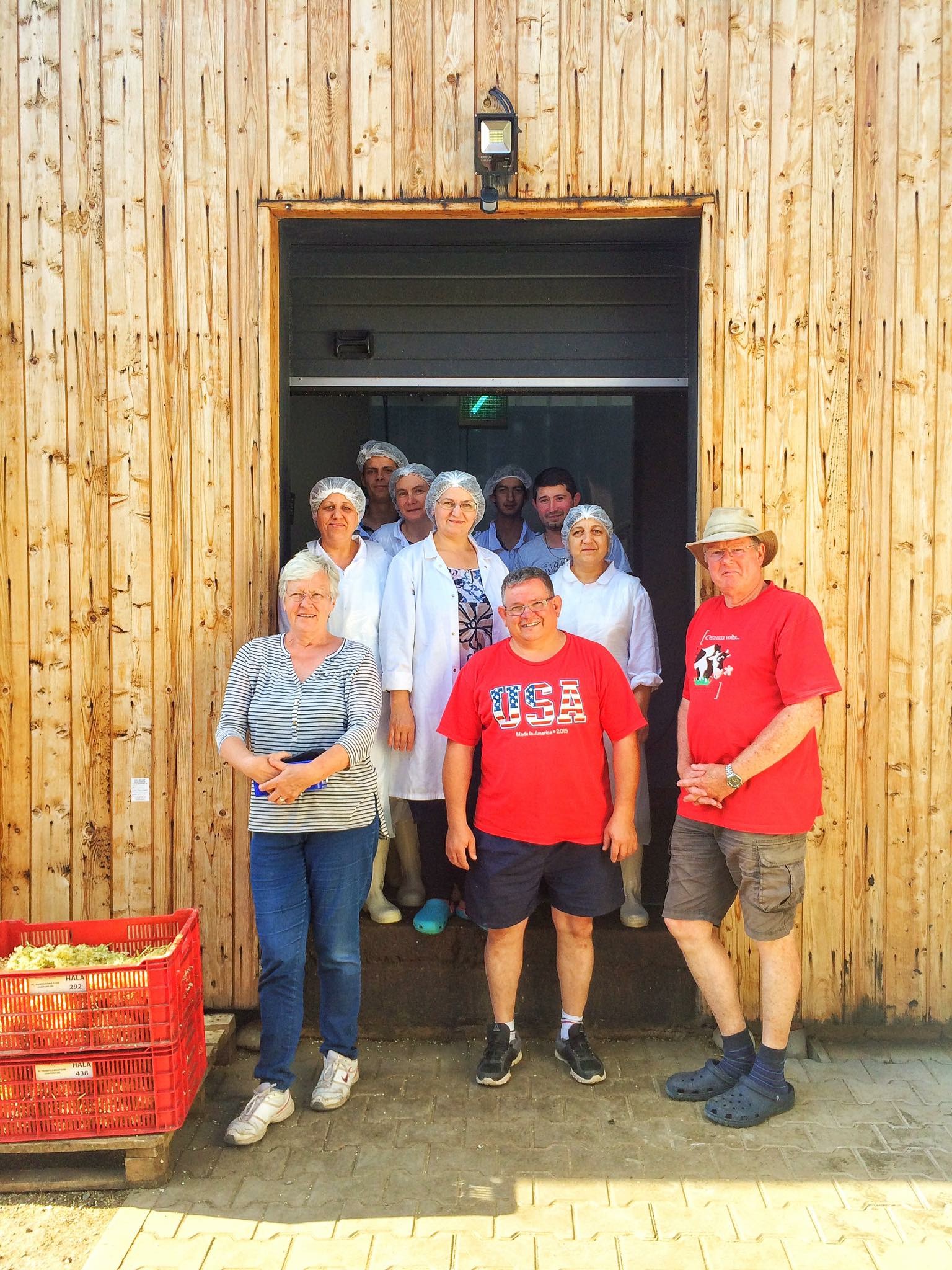 A new initiative supporting Slow Food’s Menu for Change campaign has been developed in Transylvania.

The Transylvania Food Company, a producer of preserves and syrups has collaborated with the Slow Food Tarnava Mare Convivium to develop a flavourful tomato chutney made using the Inima de Bou variety, which boarded the Ark of Taste in 2017.

A donation of 5% of the chutney’s sales proceeds will go to the Convivium and 5% will go to support the Menu for Change campaign.

Jim Turnbull, the leader of the Tarnava Mare Convivium and director of the Transylvania Food Company, told us more about how this initiative came about.

Everything starts from the Inima de Bou tomato: What’s so special about this variety?

The Inima de Bou was once the most widespread tomato variety in the Saxon villages of Transylvania. In recent years, however, this variety, which has an irregular shape and a very intense flavor, has gradually been disappearing, replaced by tasteless modern varieties. This is why, with the Convivium, we decided first of all to nominate it for the Ark of Taste and then to start distributing the seeds to producers in the area, teaching them how to cultivate it and most importantly providing them with a route to market network of consumers a company interested in buying the tomatoes, including the company I work for which makes preserves. To date we are the only small company with a global quality and food safety certification.

Has climate change had an influence on production?

Climate change is affecting Romanian agriculture in general: Crops are suffering from droughts and the variability in temperatures. Just like in the rest of the world, also in Romania, we cannot and must not sit back and watch: Drought, desertification, floods and the pollution of the seas are putting the whole planet’s food security at risk.

So is that why you chose to support the Menu for Change campaign?
To be honest it wasn’t so much a choice, it just came naturally. Both as the director of the company and, of course, the convivium leader, I fully share Slow Food’s vision. I’ve been promoting local biodiversity, food production sustainability and a close relationship between producers and consumers for 40 years now, so I couldn’t not support this new, hugely topical and urgent initiative of Slow Food, which calls on all of us to play an active role in creating a better future.

How is your initiative going? Where is the tomato chutney sold?

The initiative is going well, and the chutney sauce is currently sold both in Romania and in the UK. Soon the jars will have a new label dedicated to the Ark of Taste, so that consumers can learn not only about the product but also about Slow Food’s work. I hope that this initiative is also a way to inspire other businesses and to create new ways to support the movement and its projects.

Can you give us a climate-friendly recipe for using your chutney?

Of course, it’s perfect for all kinds of purposes, but it’s especially good with cheese. Try it out for yourself!