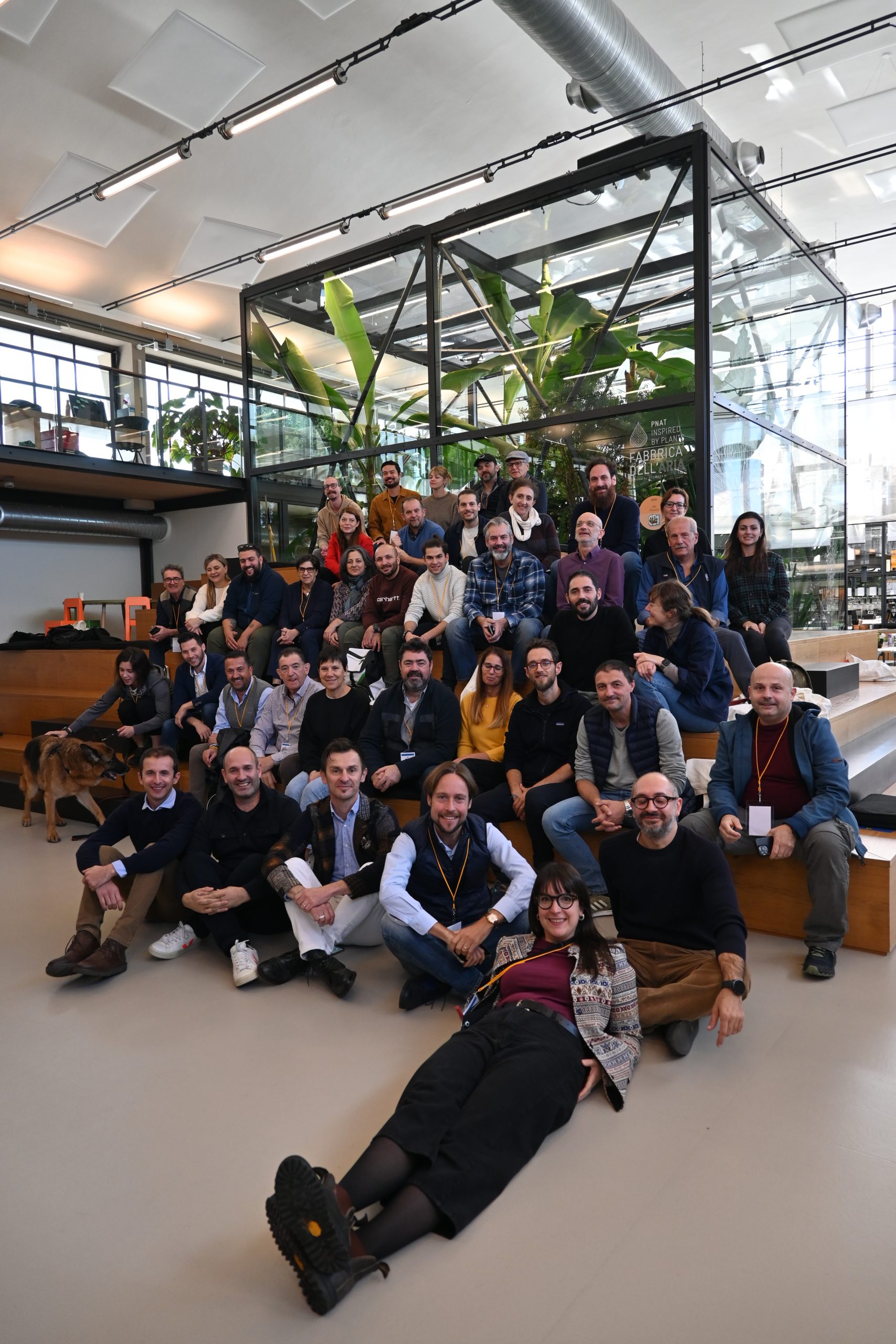 The flavor of coffee is often the last taste in our mouths as we leave a restaurant, and yet in Italian hospitality it’s still a drink that, in the majority of cases, the aromatic complexities and pairing possibilities are largely unknown.

“Our ethics are reflected in the choice of ingredients in our dishes. That’s why we’re here: to learn how the coffee we serve at the end of meals can also reflect the philosophy we adopt for the rest of our offering,” explain Manolo Ghionna and Maria Carmela D’Acunto of La Luna nel Pozzo, a trattoria in Grottaglie, Puglia.

The training sessions were held on November 7-8 and were composed of both theory and practice. Participants included cooks and restaurateurs from up and down Italy, from Calabria to Veneto.

Theory and practice: the history, tasting and composition of coffee

Massimo Battaglia of the Accademia del Caffè Espresso traced the history of coffee as a product, reaffirming its importance in the global marketplace. The participants then explored extraction methods, from the classic Italian Moka pot to filtered coffee, espresso and cold brew, and tasting a variety of coffees of different origins (including some that are already part of the Slow Food Coffee Coalition) guided by the Accademia team: Nora Smahelova, Marco Purini and Simone Zaccheddu.

Sandro Bonacchi (Bfarm) and Andrej Godina, both members of the Coffee Coalition board of experts, discussed how toasting and extraction methods influence the quality of the coffee in the cup, and the importance of storytelling for high-quality coffee.

“Coffee has more than 2000 chemical compounds, of which 1500 are aromatic. The extraction system is fundamental for determining which aromas will come to the forefront in the cup,” Andrej explained.

How is it possible to share all this in a business, like a restaurant, where coffee is not the main event? Alessandro Villa, owner of the Da Faccini restaurant near Piacenza, Emilia Romagna, explained that he’s about to introduce a coffee list to his menu, to accompany the wine list.

As a drink, a cup of coffee is composed of two elements: coffee and water. “In an espresso the percentage of water is from 90 to 92%,” explained Sergio Barbarisi of BWT (a partner of the Coffee Coalition and co-organizer of the event); this balance influences the taste of the coffee, according to its chemical composition and the way its managed.

At the end of the first day we heard the experience of the Lavazza group (co-founder of the Coffee Coalition alongside Slow Food) as recoutned by Michele Cannone and Maria Trompetto, who are embarking on a voyage in the world of specialty coffee through the Lavazza 1895 project and the product of socially responsible coffee through the ¡Tierra! project, which includes a Slow Food Coffee Coalition coffee (La Reserva de ¡Tierra! Cuba). 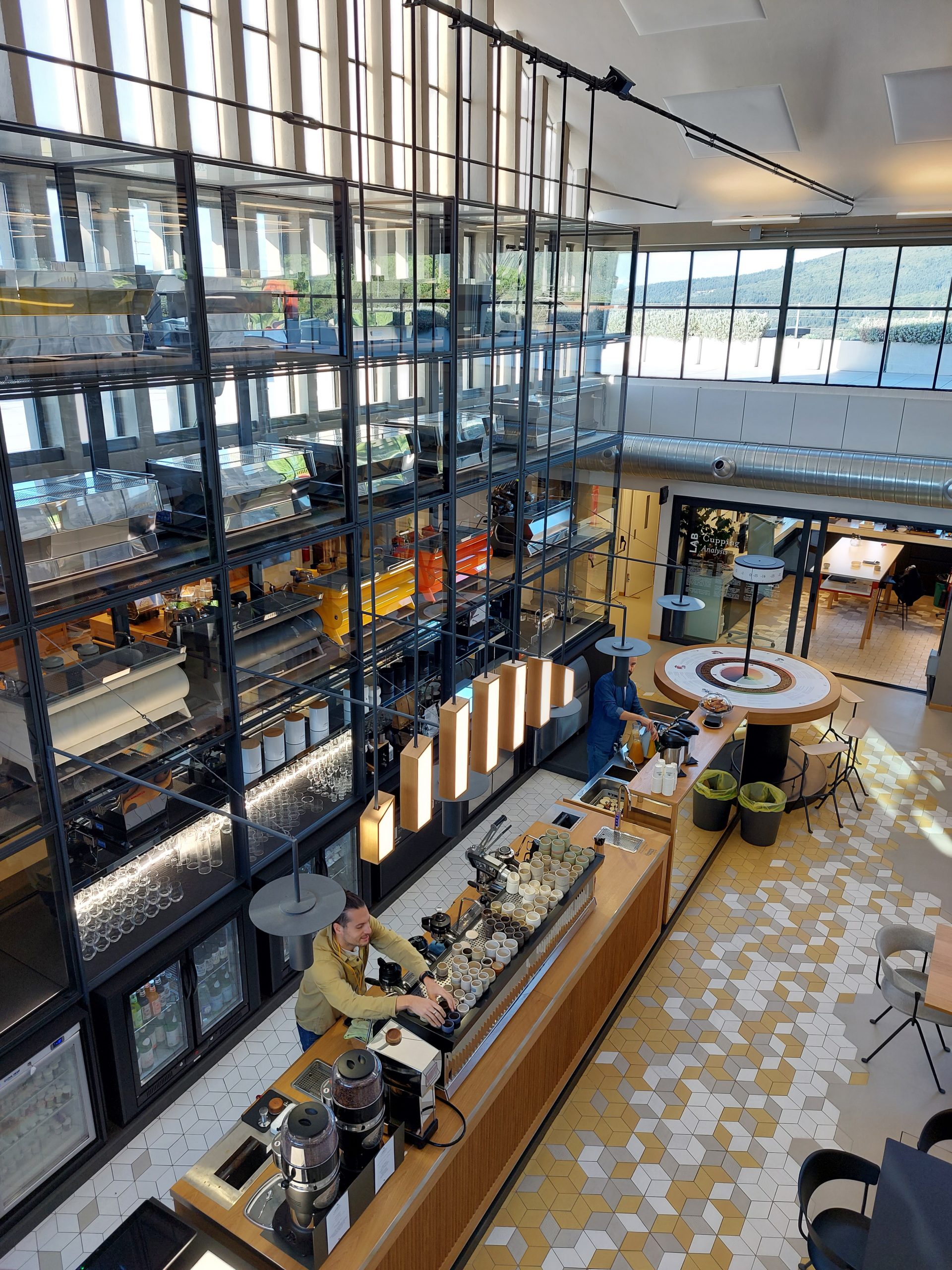 On the second day Erminia Nodari (of the Critical Coffee roasters, and member of the Coffee Coalition board of experts) told participants more about the work of the Coffee Coalition along the value chain, focusing on the example of Chacra D’dago in Peru, one of the first coffees of the Coalition to adopt not just the Participatory Guarantee System, but also blockchain traceability.

Coffee wasn’t the only protagonist in these two days of training, as we considered complementary products like milk (including plant-based milk substitutes) with Matteo Beluffi (trainer, researcher and developer in the field of plant-based substitutes) and bread with Pasquale Polito of Forno Brisa (a bakery and micro-roasters in Bologna). Why bread? Because if coffee is often the last taste we take away with us, bread is also often the first thing we taste when we sit down to eat.

“Bread and coffee have something in common: they’re daily foods, and it’s from daily actions that we generation change.” Pasquale Polito.

At the end of the two days, the Accademia was also host to a meeting among coffee roasters of the Coalition and others present at the event (Origini caffè, Gocce in Roastery, b.farm, Critical Coffee) and restaurateurs, to exchange knowledge and create new connections among the Slow Food network. The event concluded with a spirit of regeneration and ideas for new collaborations and projects for the Coffee Coalition in 2023.

“I’d never thought that coffee can have an impact on the impression that customers have of my restaurant, and that the last taste is as important as the first: this is one of the reflections that I’ll take home with me.” Justin Yip, restaurateur in Turin.

If you believe in good, clean and fair coffee, join the Slow Food Coffee Coalition and sign up to the newsletter to stay up to date with all our events and activities!