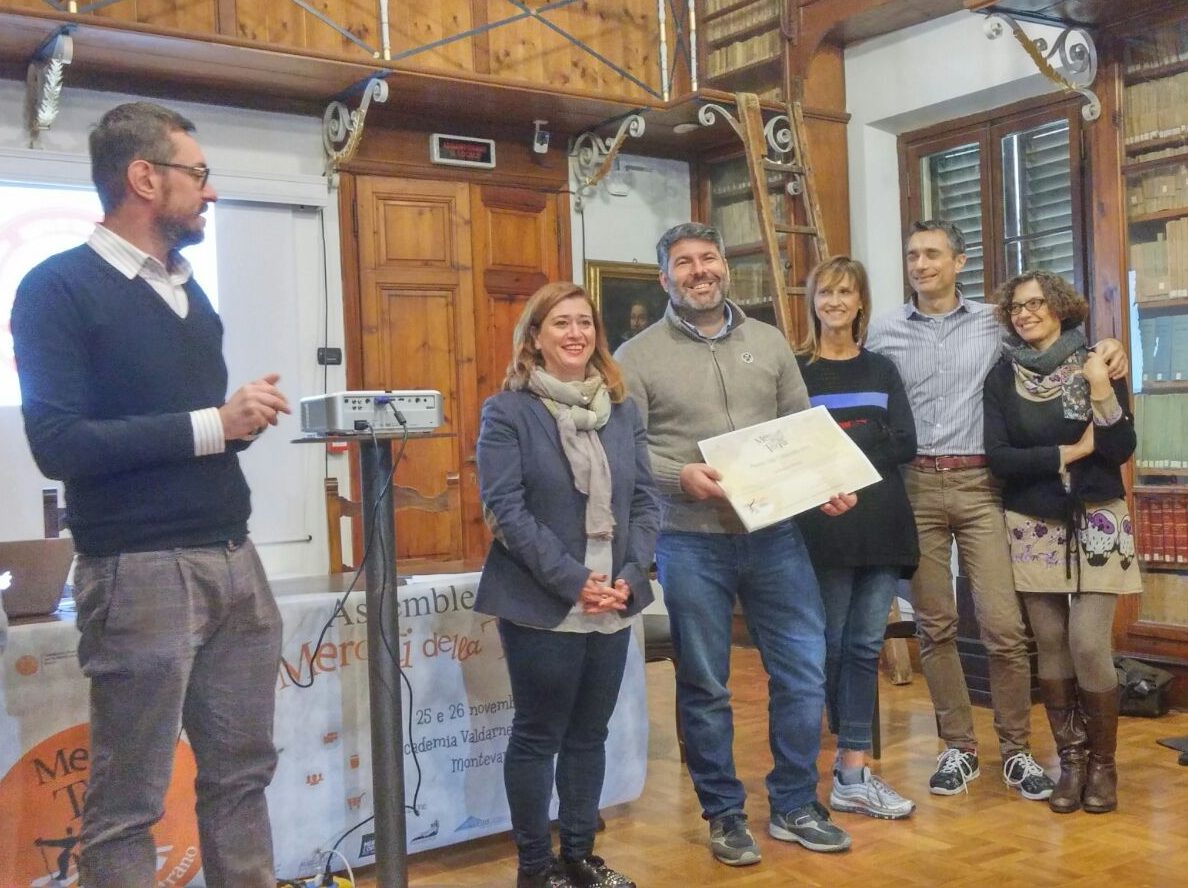 Slow Food remembers Gigi Frassanito, one of our historic collaborators and original coordinator of the Earth Markets project, who passed away five years ago, by awarding this prize in his name.

The annual award, which offers concrete support to virtuous supply chains, went to La Buona Strada (The Right Track), a crowd-funding project that for some months now has been raising money to buy a mobile shop to sell agricultural produce in the small towns and villages in the area hit by the 2016 earthquake and on the coast nearby, and a mobile dairy for shepherds and cheesemakers there who no longer have workshops in which to process their milk. 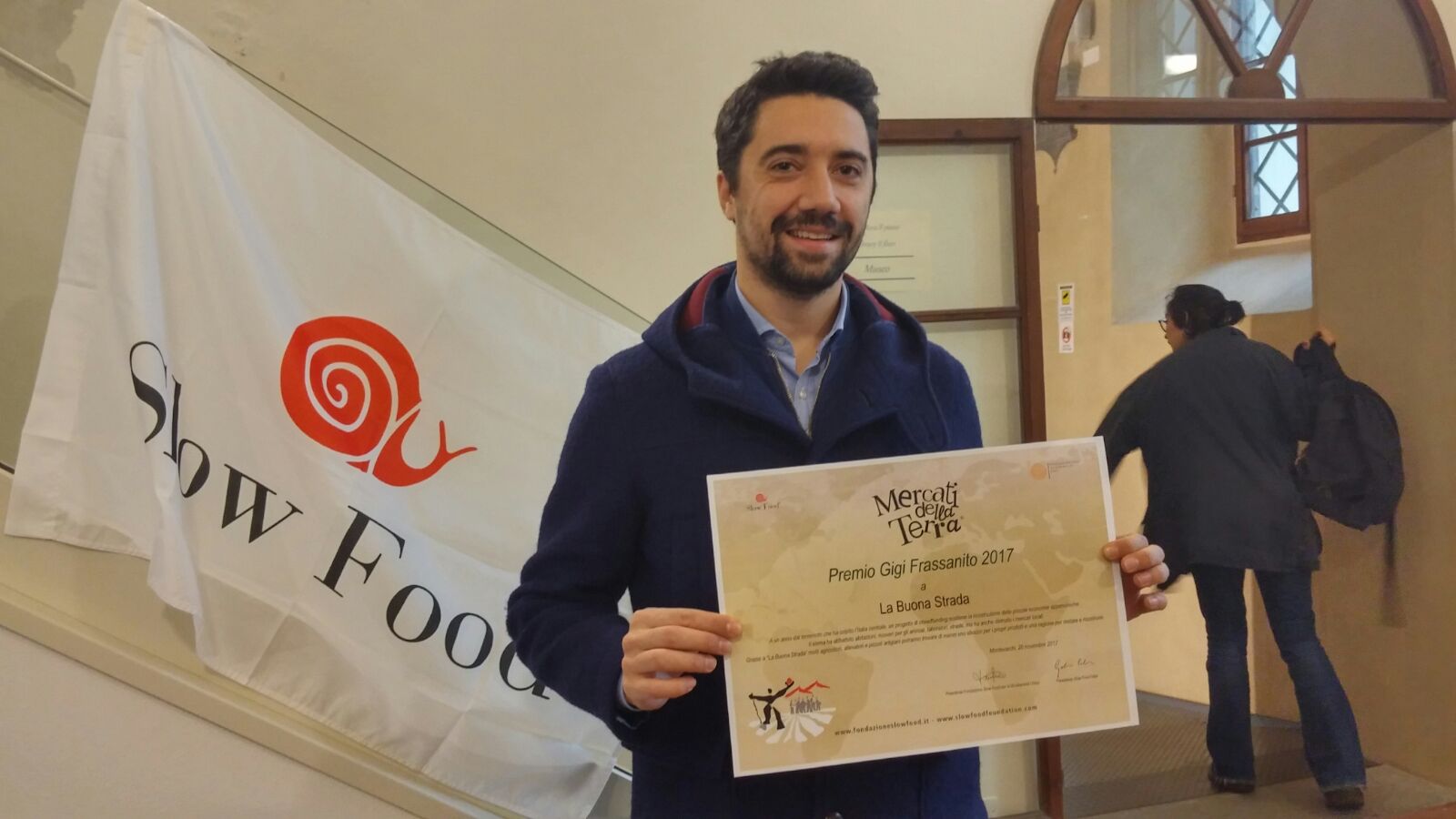 The award was collected on behalf of the small producers hit by last year’s earthquake by Tommaso Annibali, a town councilor at Comunanza (Marche), and Francesco Nelli, the mayor of Cittareale (Lazio).

A special Montevarchi Earth Market was organized to mark the occasion. Also taking part were producers of 20 or so Earth Markets in Abruzzo, Umbria, Piedmont, Campania and Lazio, who set up their stalls in the town’s Cennano cloisters. Among others, there were the producers of the Birrificio Alta Quota of Cittareale (Rimini), the Orto di Giobbi from Ariccia (Rome), the producers of the Roman Countryside Caciofire Presidium, Pomo d’Oro farms from Padernello (Brescia) and La Crava Cuntenta of Masserano (Biella). The days of Saturday and Sunday also provided an opportunity for the Italian Earth Markets to talk and share skills and experiences in a meeting organized by Slow Food Colli Superiori del Valdarno, Slow Food Tuscany and the Slow Food Foundation for Biodiversity at the Accademia Valdarnese del Poggio. The debate focused on the theme of Earth Markets as a ‘community’ for the sharing of Slow Food projects and campaigns and so on, for organizing support and solidarity initiatives such as La Buona Strada, and for amplifying the movement’s messages.

A proposal was put forward to hold another meeting and a special international Earth Market at the Terra Madre event in September.