For many decades, Colombia has held a strong reputation for its single-origin coffee. It has suitable land to produce one of the most sought-after mild Arabica in the world. It Represents a crucial product for the national economy that makes up around 15% of the agricultural GDP, with more than 500,000 families depending on coffee for their livelihoods. 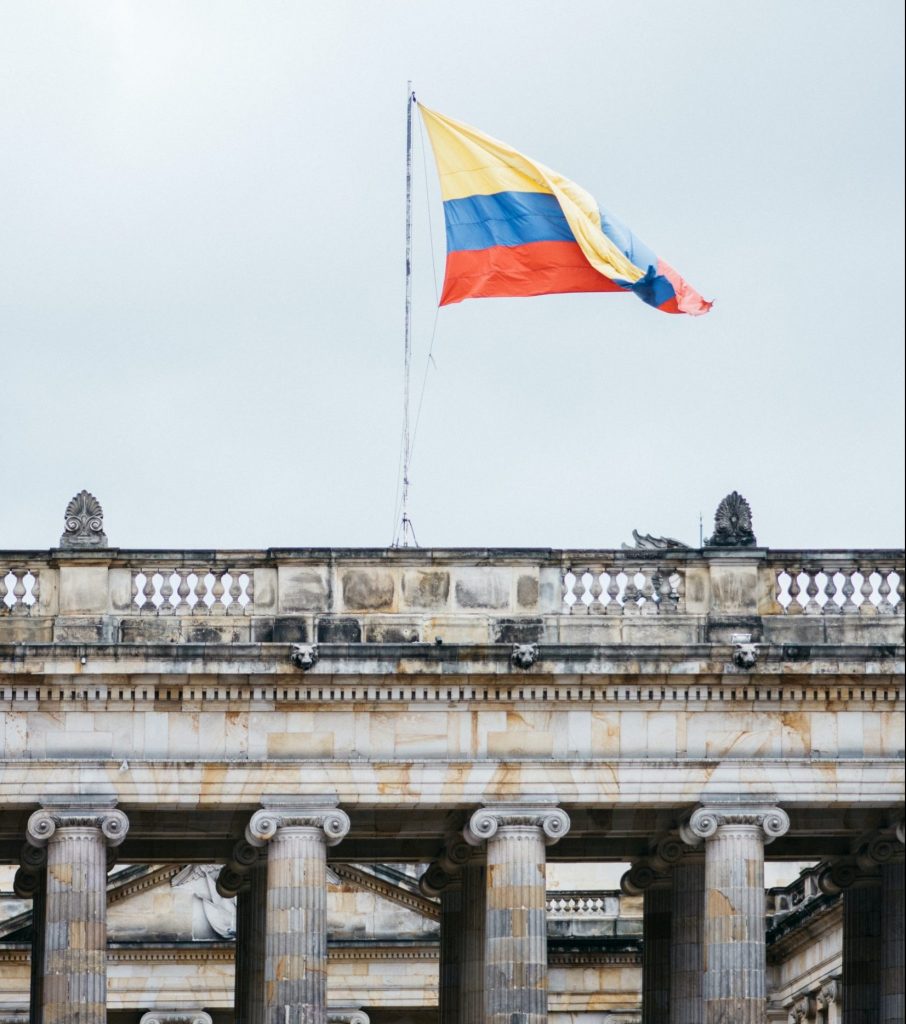 But what is the reason for an agricultural product to reach such relevance for the country like no other? Let’s explore some reasons.

Coffee arrived in Colombia in the 18th century, but its commercial exploitation began in 1830, thanks to the priest Francisco Romero, who promoted the cultivation of this crop in small family farms and gardens. From there, migrations within the country brought coffee to other regions. By the 20th century, the Viejo Caldas region (currently a part of the coffee triangle) became the biggest coffee exporter in the country.

Today, the production is widespread, and each region offers particular growing conditions that give specific characteristics. An elevated number of artisanal farmers are involved in coffee, claiming it is more suitable for small-scale, less costly, and requires less labor.

Even though coffee production is currently facing many challenges, like the lower profitability of the crop, the Covid-19 pandemic, the civil protests in 2020, and the rise in the cost of fertilizers that don’t allow farmers to profit from the current C price, coffee still is one of the main national exports.

So, what does coffee mean for Colombia?
It defines a national identity

Most Colombians feel identified with coffee, regardless of whether they drink it. The claim “100% Colombian Coffee” became an indicator of quality and the precursor of the creation of the denomination of origin Café de Colombia. It also contributed to promoting the idea of “single-origin coffee” as we know it today.

We all have heard at some point about the iconic character, Juan Valdez, who became one of the most legendary marketing campaigns of the 20th century, making the brand popular among US consumers, above brands like Nike and Woolmark.

Despite this, it has been said that Colombians, who are proud of their coffee, do not drink a premium product, given that higher quality coffees have been exported. Although this is slowly changing and some of the best coffees are available locally, there is an educational and accessibility barrier.

The political and economic influence of coffee

The coffee sector has a strong representation in the country. Through the National Federation of Coffee Growers (FNC)- an institution established in the 1930s to regulate the market- regional representatives always participate in policy-making decisions that affect agricultural, social, and economic policies. It is worth mentioning that even though the FNC has ties with the government, it is an NGO.

During the bonanza times, or when coffee earned the country a great amount of coffee during the mid-20th century, profits from coffee exports fostered the national economy. Moreover, coffee sector representatives have been designated into prominent political positions for many years.

Additionally, two banks were established to target the needs of coffee producers, an airline, an insurance company, and other ventures that would bring prosperity. Over time, these companies faced financial hardship and no longer exist.

Influence on the society

Nowadays, coffee prices appear daily on national media, along with other financial indicators, given that a high number of Colombians, especially in rural towns have had a relationship with coffee. This is a result of the small-scale production model, that during the best years of production brought many families out of poverty and contributed to the generation of jobs, and established a middle class with higher purchasing power. 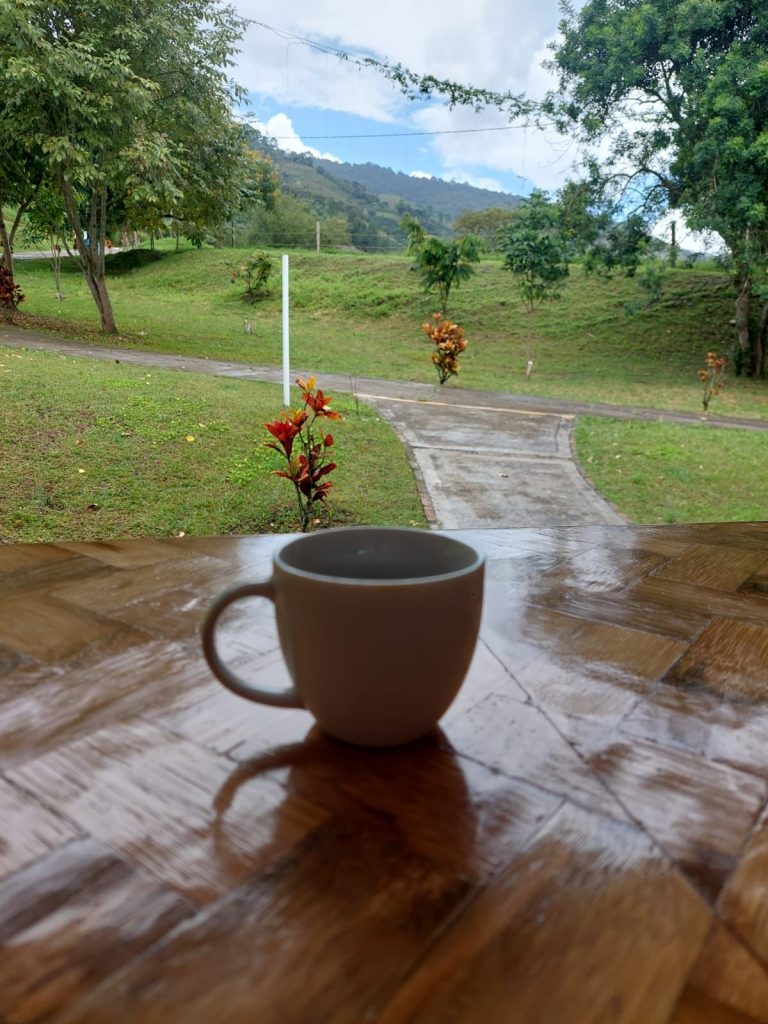 Coffee also fostered the economic development of individual regions in the country. Although production and wealth were initially concentrated in the Viejo Caldas, port regions on the Caribbean coasts, as well as cities along the Magdalena River, also saw economic growth.

A study revealed that the Juan Valdez campaign influenced the quality premium that Colombian washed coffee receives in addition to the stock exchange price, as it was a differentiation strategy that fostered demand in the international market. However, some might say that such a campaign could be no longer as effective among younger generations.

The coffee industry has evolved according to modern consumer values. The new narrative needs to take into account values like the role of women, sustainability, a fair price for producers, and demands for product quality each time higher.

Some may argue that consuming countries still need to develop an appreciation for high scoring coffees or coffees with alternative processing methods to the washed process that will be more profitable for farmers because they are not traded in the C market. However, this is slowly changing, as producing countries are pushing national consumer education campaigns, where Colombia is a pioneer.

Initiatives like Toma Café increased internal consumption by 33% between 2009 and 2015, the FNC launched an e-commerce website to promote the consumption of coffees from all the producing regions. Moreover, local roasters are developing public educational events, running social media campaigns, and selling their product to local consumers.

In addition to its landscapes and the diversity of its regions, many visit Colombia for its coffee. Not only to try the drink itself, but the specialty coffee movement has also fostered farm tourism. This is a way of income diversification for coffee farmers and is also a great opportunity to promote consumer education at a national and international level.

Initiatives to improve the industry

Even though the FNC can have its detractors due to its policies and some export laws that affect small coffee farmers, it has created a model of protection for the national coffee industry that other producing countries have replicated over the years. Also, many local companies and international traders have followed these steps with initiatives that aim to strengthen different areas to improve the quality of the national coffee overall:

It is well known that the cost of coffee production is not enough for covering labor costs, investing in the farms, and support producers’ families. The harvest time contributes to rising labor costs significantly. Coffee pickers lack job security and stability. However, Colombia is piloting a project to regularize work at this crucial stage of the supply chain and educate coffee pickers. If successful, this model could also be replicated by other countries.

Colombia has become one of the most recognized coffee-producing countries with high influence in the global coffee industry, not only thanks to many awareness campaigns but also due to the quality of the Arabica beans produced in the country and their role in society. Although there is still a long way to go to achieve a more fair and equitable industry, it sets an example for other countries on practices that benefit all actors in the supply chain.

Find out more about the Slow Food Coffee Coalition