Malawi’s agriculture-based economy means that any unforeseen events affecting the agricultural sector have a negative impact on the economy. The risks associated with drought, floods, disease, price and market volatility and the poor adoption of measures to mitigate risks related to agriculture and new technologies all contribute to agricultural underperformance. With 92% of the population living in rural areas threatened by food insecurity, there is an urgent need to invest in agricultural resilience by strengthening farmers’ ability to implement risk management practices and to diversify crops instead of concentrating all their efforts on maize.

Maize, groundnuts and beans are the main crops in Malawi, and most farmers cultivate them independently on land of varying suitability, ignoring the diversity of other food crops. Malawi has also been particularly affected by the HIV epidemic, with the national prevalence of people living with HIV at about 9%. Food insecurity has a negative impact on the nutrition and health of people with HIV because therapies are less effective when people are malnourished. Malnutrition in people living with HIV/AIDS is often due to a lack of economic capability, the consequences of the illness and the stigma and discrimination faced by this vulnerable group. The Community of Sant’Egidio, through its DREAM program, and the Slow Food Foundation for Biodiversity have combined their experiences in food security and health in order to improve the life of people living with HIV in Malawi by implementing GRASS (Growth and Resilience in Agriculture for Sustainable Societies). This project is aimed at empowering communities to be food sovereign, creating sustainable and diversified food gardens so that beneficiaries can have a supply of varied and nutritious meals, which subsequently can improve their health. The project is developing the resilience of people living with HIV in southern and central Malawi through creation of 30 community food gardens and educational training activities about nutrition, food safety and hygiene, involving about 10,600 people. 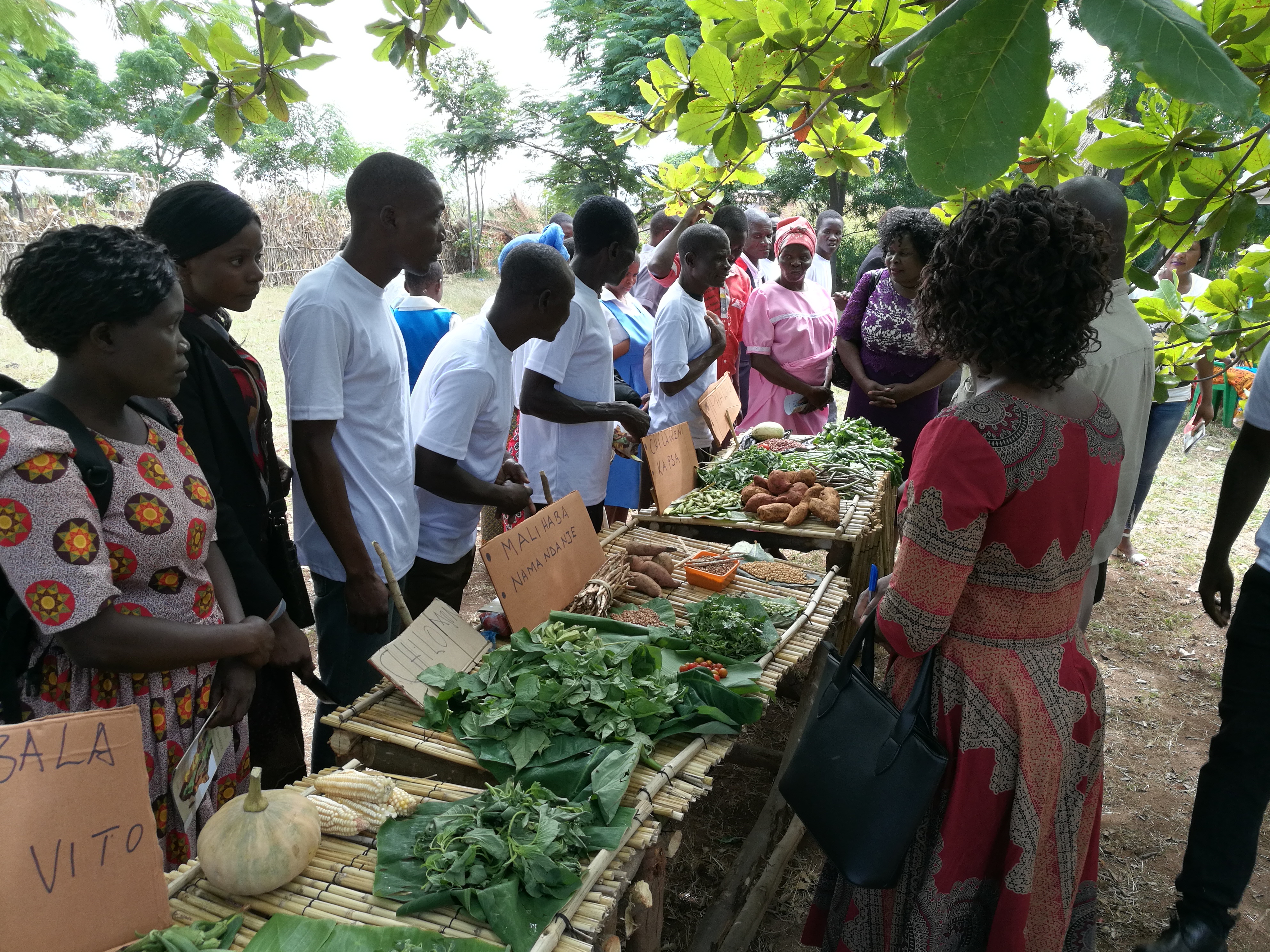 Terra Madre Day in Malawi
Between April 24 and May 1, 2019, delegates from Slow Food and the Community of Sant’Egidio visited Malawi to monitor the progress of a partnered project to create 30 food gardens, entitled GRASS (Growth and Resilience in Agriculture for Sustainable Societies). The delegation visited 16 of the 30 gardens that have been successfully established in six districts of central and southern Malawi (Dowa, Dedza, Balaka, Machinga, Mangochi and Blantyre). The GRASS project culminated in the celebration of a local Terra Madre Day.

On April 30, Slow Food in Malawi and the Community of Sant’Egidio (through its DREAM program) organized a local Terra Madre Day to celebrate the success of the GRASS project. The event took place at a DREAM center in Kapeni, close to the southern Malawian city of Blantyre, and featured displays of organically grown native products from GRASS gardens as well as dishes prepared by the beneficiaries. Gulewamkulu and other traditional dances enlivened the event. 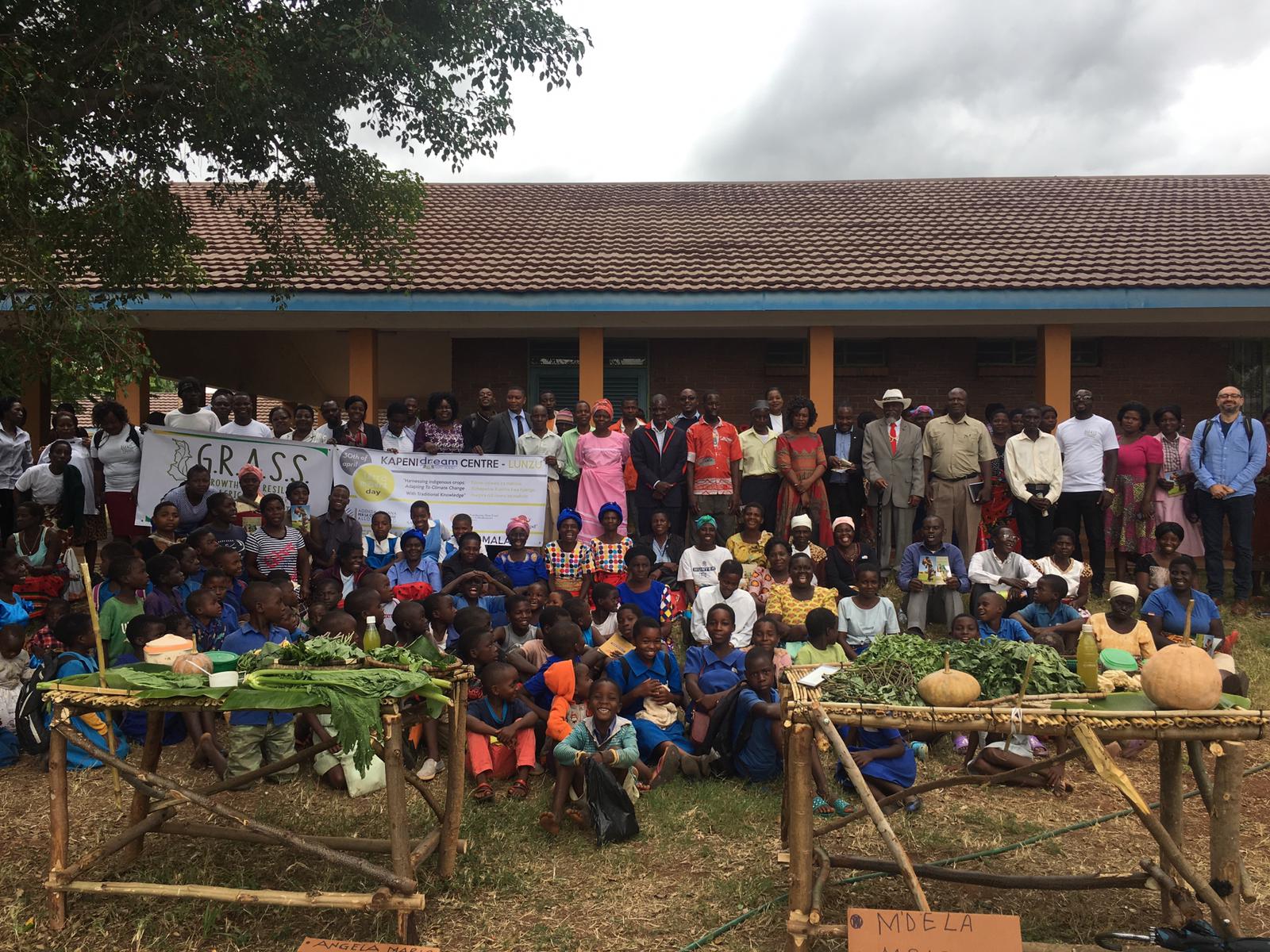 The event’s theme, “Harnessing Indigenous Crops: Adapting to Climate Change with Traditional Knowledge,” placed emphasis on the importance of growing and consuming native foods. These are often neglected due to the industrially produced junk food widely available on the market, but they can help mitigate the effects of climate change. Senior Chief Kapeni, the event’s guest of honor, said: “Each of us is called upon to practice and disseminate a new, more precise and at the same time broader concept of food quality, based on the local knowledge and endowments we have in our areas. Let us eat locally grown foods because they have more nutrition and diversity.”

The target beneficiaries of the GRASS project are the HIV-positive people who access free medication and services from DREAM clinics, but other people are not restricted from benefiting from the project, and the gardens have been the focus of some wonderful collaborations. “This project is meant to empower the beneficiaries to sustain themselves,  to generate diverse and nutritious food, to boost their nutrition level as they take different therapies and to eat healthy food free from chemicals,” explained Davide Brambilla of DREAM Lab, the GRASS project supervisor.

The project has seen notable successes in addition to the local Terra Madre Day event. Over 450 people have been trained on how to establish sustainable Slow Food gardens. The 30 targeted gardens are now well established and planted with diverse indigenous crops, and 75% of the beneficiaries have replicated the gardens. So far, over 600 targeted beneficiaries have benefited from the project.

The GRASS project is funded by AICS (Italian Agency for Development Cooperation) and been implemented by Slow Food, the Slow Food Foundation for Biodiversity and the Community of Sant’Egidio, through the Slow Food team in Malawi.