Today Albanians will be celebrating Dita e Verës as they say goodbye to the cold and welcome back the sun and flowers with a plenty of fun and food.

Dita e Verës is a major day in Albania’s already rich tapestry of cultural traditions, celebrated throughout the country, and beyond its borders by the Albanian diaspora. Dita e Verës means “Summer day” and is the annual welcoming of Spring and Summer, marking the end of winter and the rebirth of nature. 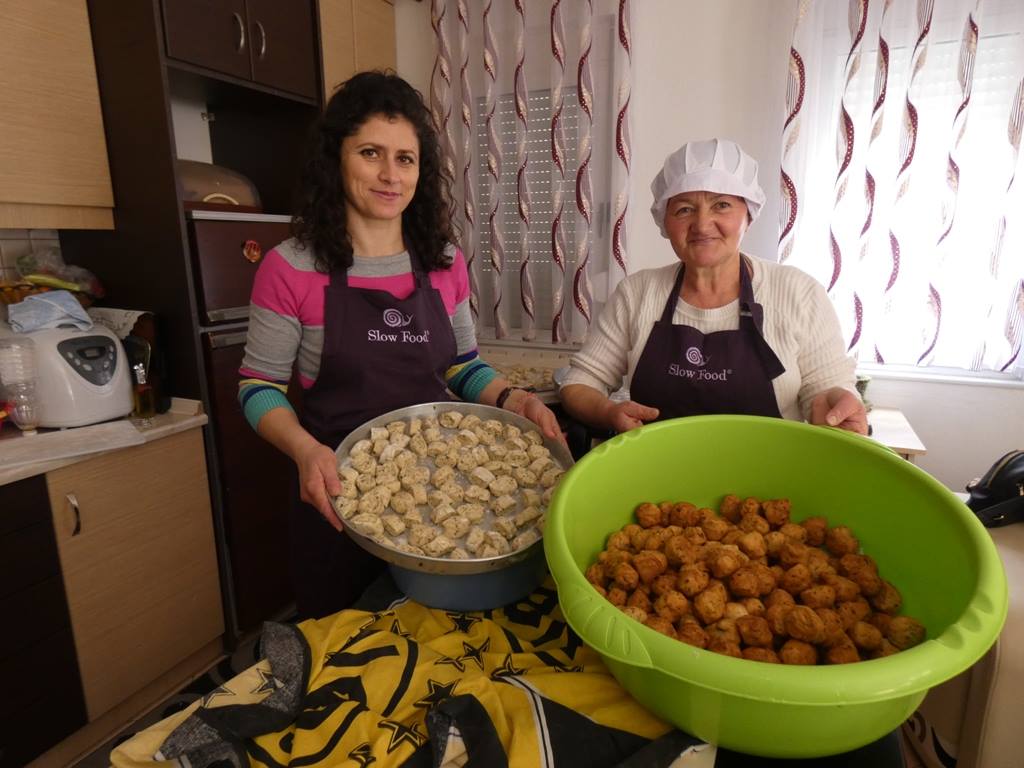 For 3 years now, the Slow Food convivium in the little town of Përmet, outside Gjirokaster in Albania’s south, has held a celebration of Summer day.

Despite its size, Përmet is an important gastronomic centre, producing wines, raki, honey, and dairy products. The little town on the Vjosa river even claims a Slow Food Presidium product: Përmet Gliko. Gliko is made from a variety of fruit and vegetables, and is a sort of preserve, as the ingredients cook in a sugary syrup before being stored in jars.The team at Slow Food Përmet have been working for days, baking and cooking up a storm in anticipation of the celebration: kulaç, a type of soda bread; eggs boiled in onion peels; byrek with nettles; qumështori, a sweet “milk pie”; Përmet Gliko; the list of delicacies is mouth-watering and will certainly lead to much over-indulgence. 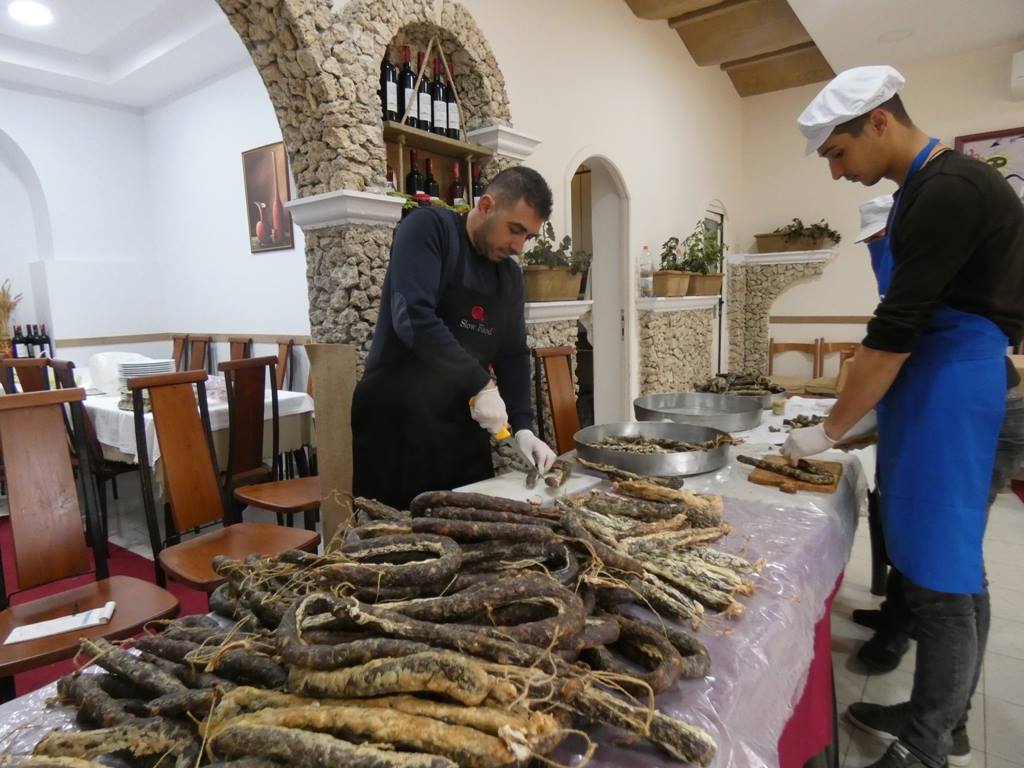 Dita e Verës is a day steeped in tradition, with fun and games for everyone.

As tradition dictates, people wear red and white braided bracelets for Dita e Verës, keeping them on their wrists until they see the first swallow of spring, after which they tie the tassel around the bough of a tree, as a little offering for the swallows, which are said to use the token for their nests and in turn bless the donor with good fortune and prosperity.  This display with bracelets is just one of the many customs and games that will be enjoyed in Përmet today, and they all tell their own story and bear their own significance. In the morning before the celebrations start in earnest, kulaç is rolled down the hills and the first farmer to lay hands on a piece, is guaranteed prosperity in the fields. Likewise, the usual delicious fillings for byrek are ignored in favor of nettles, because as the story goes, the nettles protect against the freckles caused by the sun’s early season rays. The sound and tradition that will particularly please the younger crowd today will be that of ozi-bozi, the call of children roaming the streets of the town, baskets in hand, knocking on doors and demanding sweets and fruit! Their grandmothers will expect them to leap over the juniper fire at some stage though, to leave behind the evil of the previous year. 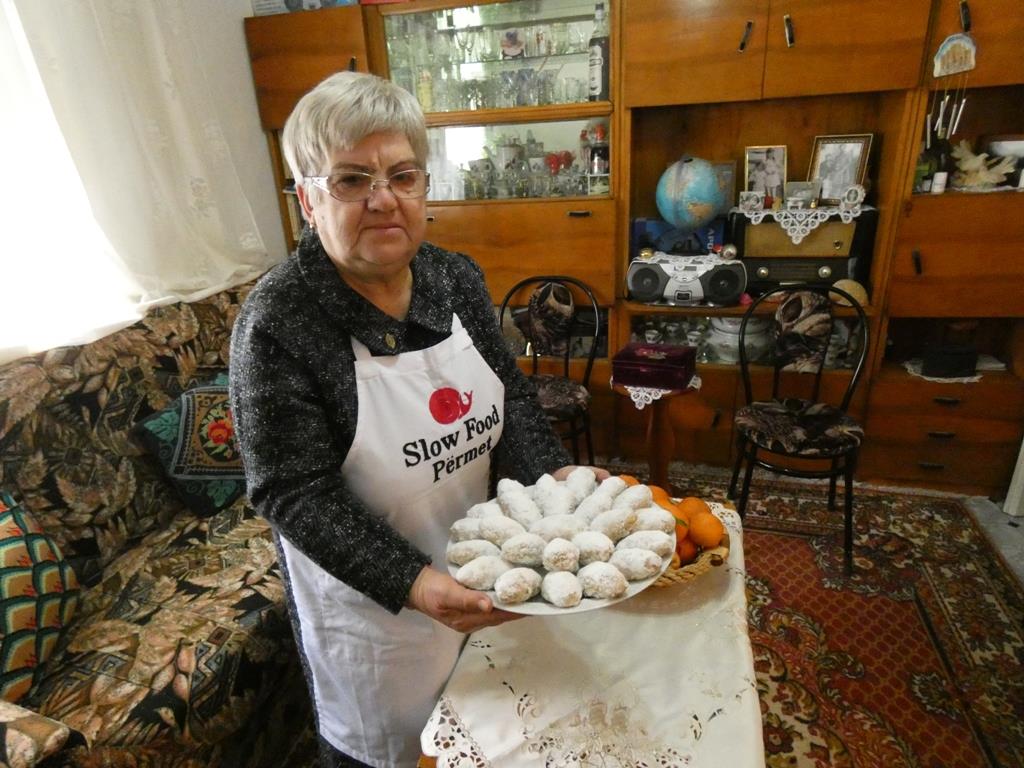 In addition to the feasting and games, Slow Food Përmet has organized some educational material to inform visitors about their principles and the Slow Food movement more broadly. The Odhise Paskali promenade will feature “corners” dedicated to plants, recycling, farms, and breeders, to promote the Slow Food approach and strive for good, clean, and fair food.

The cultural importance of days like Dita e Verës cannot be overstated, and in towns like Përmet the true value of these community gatherings is abundantly clear. With their tireless efforts organizing and preparing their event, the volunteers at Slow Food Përmet are not only contributing to the preservation of their cultural heritage but instilling an appreciation and love of these customs in the younger generations, who will ensure that they continue to thrive within their communities.

So, we wish a happy Summer day to everyone, eat well, have fun, and don’t drink too much raki! 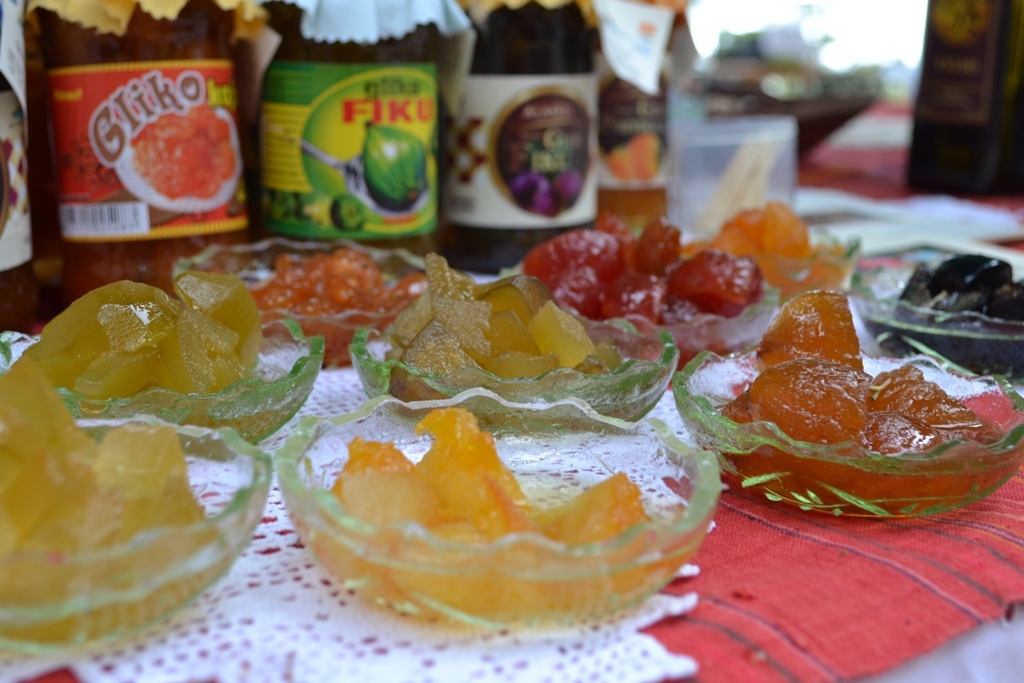