Home » News » Fighting for the Right to Live with Peace and Justice: Slow Food Gardens in Burkina Faso Are Sowing the Seeds for the Future

War, in any form, renders life on our planet more fragile. This is all too true on the African continent, which in 2021 saw 41%* of the world’s jihadist terrorist attacks, with thousands of victims and a devastating impact on all fronts. 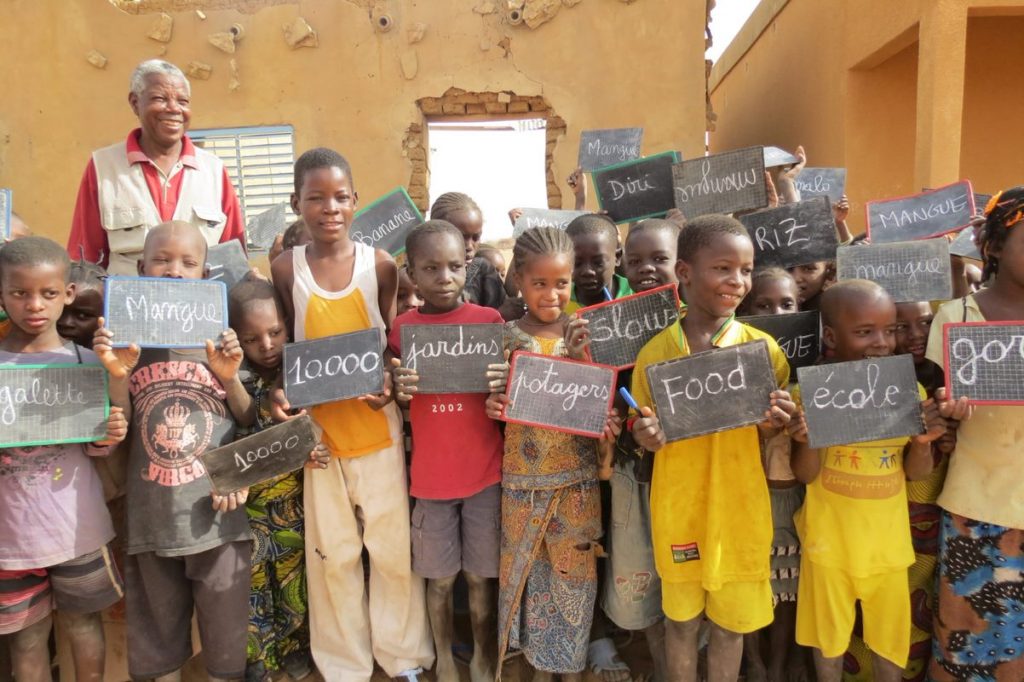 Burkina Faso is no exception. For at least the past seven years, the country has been beset by constant instability caused by incursions by jihad terrorists from Mali. Geopolitics experts say that the nation has become a prime example of how global dynamics and specific regional conflicts can interact with local ethno-socioeconomic issues to create tragic situations. Over 2,000 people have lost their lives so far and around 2 million have been displaced** due to the attacks, which are mostly concentrated in the north and east of the country.

How to bring back peace and reconstruct communities after such devastation? Food, food gardens, and Slow Food communities can provide some seeds of hope. Jean Marie Koalga, Slow Food Councilor for West Africa and the national coordinator of the movement in Burkina Faso, describes the situation and tells us how knowledge linked to food can serve as a bridge for peace and reconstruction.

At the moment the situation is very worrying in several parts of Burkina Faso, particularly in five regions: Nord, Centre-Nord, Boucle du Mouhoun, Est, and Sahel.

Terrorist attacks have caused great damage. Not only has the property been lost due to fire and theft, but most significantly people have been killed and whole villages have relocated to the big cities, where health centers, schools, and other services have often been shut down. These migrations have led to the abandonment of fields, crops, and animals and profoundly torn the family and community fabric of our people. 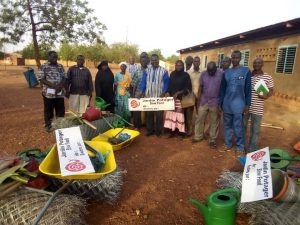 Thousands of people, mostly women, and children are in serious trouble. They lack everything: food, work, housing, clothing, healthcare, and education, as well as a community to support them.

The government is trying to find a solution to this situation, but it is overwhelmed by a large number of internally displaced people (IDPs). To give an example, the city of Dori, the capital of the Sahel region, has a population of 50,000, but 30,000 IDPs arrived there after a terrorist attack in the middle of June in a place called Seytenga.***

Various international organizations are supporting the government’s efforts, like the United Nations system [UNICEF, FAO, UNHCR, UNDP, PAM, ed.] and the Red Cross, but the growing number of displaced people means that this assistance is insufficient and hard to distribute, with the constant movement of people in desperate search of better living conditions.

The situation is forcing us to accept help from any source in order to survive. The IDPs are receiving staple foods like rice that are not part of their regular diet and do not contribute to the local economy. The positive thing—if we can call it that—is that what is happening is confirming the need to stay connected to our traditional food, despite the difficult situation, without compromising our food choices and supporting the industrial food multinationals who only want profit, even in crisis situations. Or perhaps they are even contributing to creating these crises on purpose. 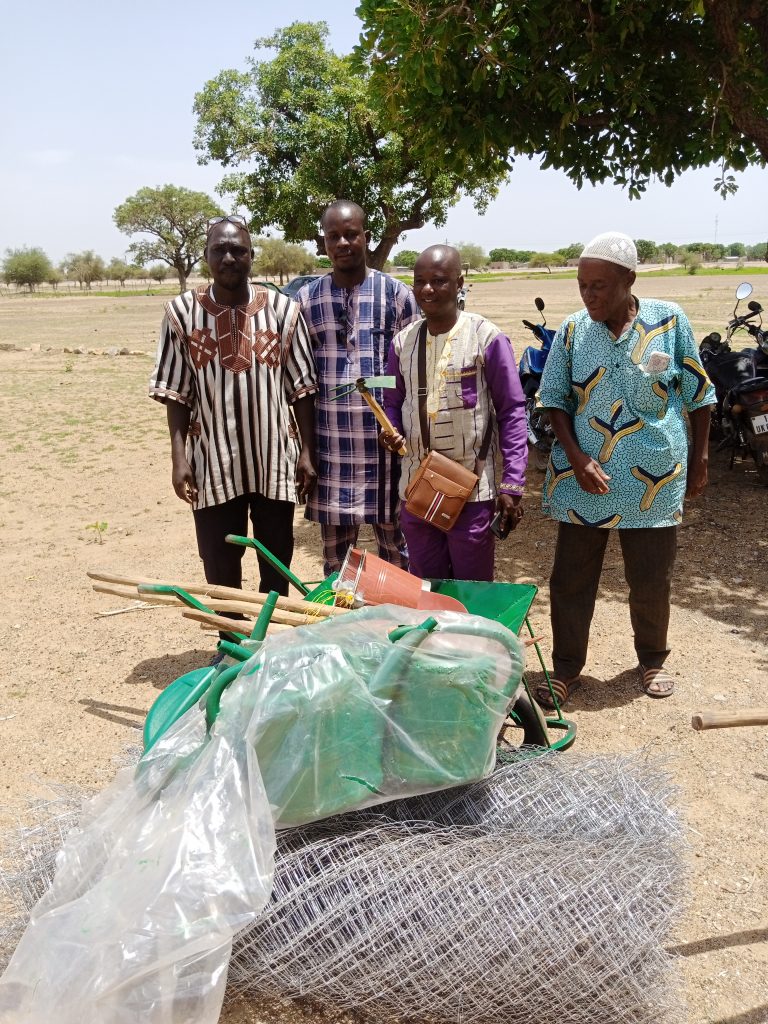 Spreading this message among children and young people is fundamental: Learning about local biodiversity gives them the freedom of choice but also the ability to maintain a positive view of life, one in which nature and humans can co-exist and save each other, beyond conflicts and violence.

Slow Food has an important role to play because it represents a movement for social justice and the rights of the community, first and foremost food security. Through our work, we seek to spread and support the capacity to create community and school food gardens that can respond to the need to produce good, clean, and fair food and also can bring in some extra income.

In Gorom-Gorom, in the Sahel region, 28 miles from the city of Dori, three food gardens (two communities and one school) have been active for around 10 years. They are continuing to function despite the risky situation. Amadou C. was the coordinator but has now fled to France as a refugee after terrorists set fire to his house. The local coordinator is now Aminata K., and together with her, the Slow Food network in Burkina Faso has planned to intensify its initiatives in the area in 2022 in response to the crisis. Two new community gardens in Gorom-Gorom will be created by the end of the year (visits and training are already underway), allowing the local women and the displaced women to work side by side, sharing agroecological food-growing techniques and regenerated daily life.

An important part of our work is to create contexts of exchange that allow these people to continue to share their knowledge and their experiences, support each other in a reciprocal way, maintain their links of solidarity and fraternity and so to keep their villages and communities alive or revive them. The involvement of the host populations and the IDPs in these gardens helps to reinforce reciprocal acceptance, social cohesion, and harmonious co-existence. We are already starting to do this in the Sahel and Nord regions, but we would like to be able to create more gardens in other places.

The Slow Food network in the country has around 15,000 active participants and is spread across all 13 of the country’s regions. It runs 195 agroecological food gardens, and in 2022 it began creating 20 new gardens, as well as monitoring 50 new and existing gardens (with visits and information-gathering to evaluate their impact), organizing two national meetings and holding seven taste education and awareness-raising events.

The financial resources to run all of these activities come from the support of Convivia, Communities, and friends of Slow Food all over the world, who continue to hope for a good, clean and fair future and to show solidarity.

You can support a food garden too! Click here