On so many levels Slow Food philosophy is present, live and kicking in Romania.

In 2017 we have seen a rise in interest for Romanian food as part of a wider a resurgence and search for national identity. There is an ever-growing sphere of food bloggers, with hundreds enjoying trying, tasting, and cooking then showcasing what they have done.

This growth has seen the the explosion of food and gastronomy related events: a bi-annual Food Bloggers conference (organised by Evensys), was born some four or five years ago; elsewhere, the 1st edition of the National Conference on Gastronomy and Wine was held, gathering a handful of stakeholders, chefs, entrepreneurs and opinion leaders, to discuss food issues; and in September 2018, a National Romanian Gastronomy day will be feasted for the first time.

Alongside these events, new online initiatives have blossomed: like Gastroart, a place where a deep look for inspiration into the Romanian heritage cooking, brought to light forgotten gems like old books on food. A new generation of cook-entrepreneurs (cookpreneurs perhaps?) have built up their experience and reputations in small bistros over eight to ten years, and are now advocates for a locavore diet, i.e. eating seasonally and locally. Leading the way are the likes of Adrian Hădean, Oana Coantă, Nico Lontras, Ion Șușală, Horia Simon and Mircea Groza, young, talented cooks and chefs, who are putting their stamps on Romania’s modern culinary culture.

Projects like Bistro de l’arte in Brașov city, an initiative connecting local farmers with bistros.There are more debates than ever about food waste in Romania and even though so far there has been no success in imposing and enforcing any specific law, the debate remains open and hotly contested between the opposing voices (modern retail, NGOs). Interest has risen for public marketing schemes like the EU quality scheme which enforces PGI, PDOs and STGs. Even though, for various reasons, only two applications are submitted to the Romanian Ministry of Agriculture each year, the pressure to increase the the spread and strength of Romania’s food sovereignty is high, not only for greater commercial opportunities, but for the value which would be added for local food communities.

Yet another important step in the right direction has been taken by Association Ivan Patzaichin-Mila 23. Working together with volunteering expert Ștefania Dumitru, the association has edited the Good Practices Guide for Local Gastronomy Points. The guide will be used as a basis for future regulation issued by the National Veterinary Authority, as a companion to the EU Regulation 852 about food safety. In the near future, small-scale Romanian farmers who host tourists at their homes will be allowed to offer meals in their traditional premises. The street food phenomenon, which elsewhere gained momentum, was not part of the local culture in Romania. In a way, it draws a stronger connection between food and the people who prepare it, and now a national association, ROFTA, has been created. Education about healthy food is one of the key issues promoted by Slow Food Turda, as evidenced by the 2018 Edukitchen Project, managed by Marta Poszonyi.

The products of Romania’s culinary heritage are enjoying an ever-increasing visibility and appreciation thanks to efforts to promote local gastronomy. Jam preserves reign supreme, maintaining their place at the forefront of the movement re-invigorating fruits and preserves. Bazna Pig continues to build momentum as Presidia in the near future, as the Romanian ministry puts into place national support schemes for local pig breeds. Memberships numbers are not sky-high in Romania, but this does little to tell the story. On the ground it is clear that a vivid, blooming, (and at times even surprising) environment is growing. Slow Food in Romania sees this different pots coming to the boil, and aims to enhance them and gain support for the movement.

What is growing in Romania is a clear sign of change on a larger scale. There is no doubt that Europe needs a Common Food Policy, functioning at many national levels in EU member states. With cooperation and attention from policy makers, more cohesion and progress, could be forecast for Romania. 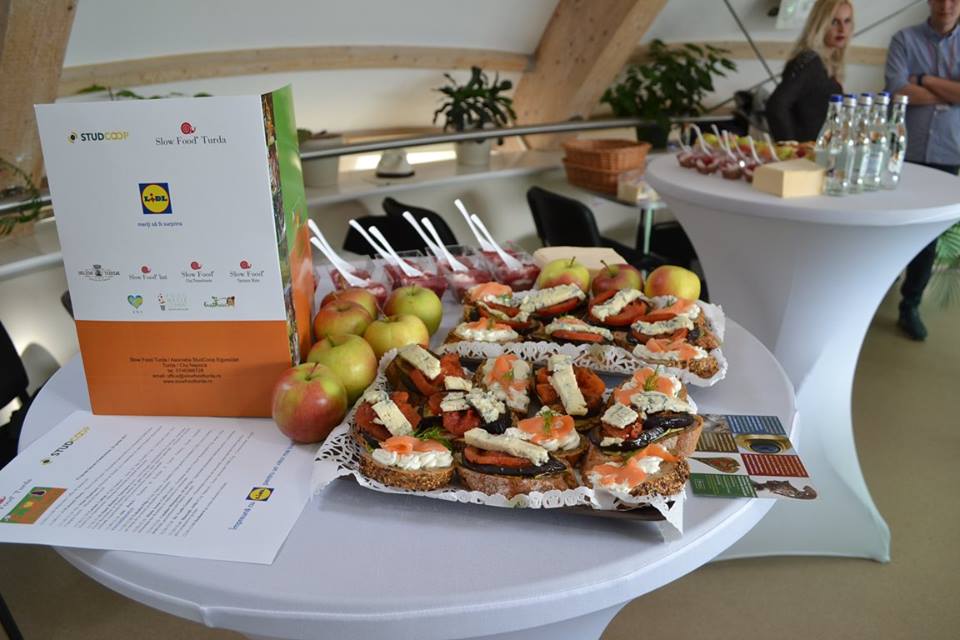