Home » News » A different path for food production in Denmark

There seems to be just about a consensus in Denmark that food production will have to change, and that Denmark has to prepare for a different model in the future, but as for consensus about which path production should take, there is still a long way to go. The debate is split between those who believe that increased intensification, use of technology and increase in exports; or good, clean and fair production, will make sure that life and communities in rural Denmark last.

As a people and as a society we must decide which kind of food production we believe contributes the most. Not just to the income from exports, to the increase of production and new technological solutions, but to our community and societal life, in rural as well as urban areas. In 2015, we had 29,000 agricultural units left in Denmark, roughly half of the number of farms in 1990, while the average size of these units has approximately doubled in the same period to 71.9 hectares (The Danish Agriculture and Food Council, Fakta om Erhvervet 2016). This allows for economies of scale but also leads to depopulation of the rural areas and increased urbanization, which drains the life out of the land and puts pressure on the cities.

It is time to rethink our agriculture and food production in order to find a production model which will secure fair payment for farmers and producers, secure employment locally, secure rural societal life and community (such as schools and other institutions, associations and local businesses), while at the same time securing good, clean and fair food-products on shelves in Denmark and overseas.

The calculation of the results of agriculture should therefore not only include the number of animals and the export revenue, but also what we want to do with our land and soil and our food production in the future. There is neither joy nor societal benefit in discussing pesticide residues and fishing quotas; if we want to engage younger generations in farming and producing food, it will have to be about more: creating values and results that extend beyond fears of increasing debt and antimicrobial resistance.

Instead of the 18,7 million pigs that we produce for slaughter each year, we could use our knowledge and expertise to produce the 5 million best-tasting and most-sustainable pigs in the world and, while we are at it, use the work force of soon-to-be-laid-off slaughterhouse workers to produce the 10 million best hams in the world, just to give an example. We need a more resilient model of production, one that will secure jobs locally, instead of the model of mass production, which can and will eventually be outsourced due to cheaper labor costs.

The argument, from the agricultural lobby and some politicians, is that the growing world population demands increased food production. A more viable solution, however, could be to collectively eat less meat, which would move us away from using about 75% of Danish plant and grain production for animal feed. Increasing the production of pigs does not benefit the areas where the increase in population globally is most challenging, but growing more grains and vegetables for human production could.

For such a shift to happen, a lot of things need to be in place: it takes time, it takes money and resources. New financial models are needed for farmers, young and old, as the banks and financial sector in Denmark virtually own large parts of the Danish agro-industry. It would take education and product development, innovative thinking and general conversion of production and minds. 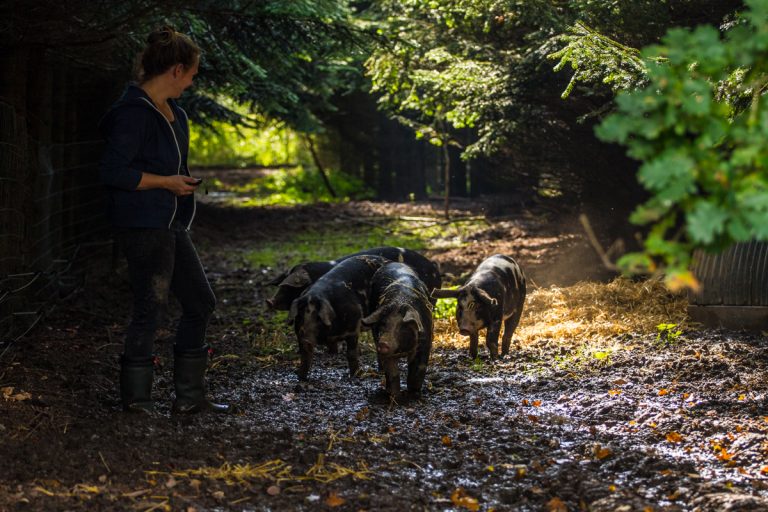 There is nothing to say that it could not as well be profitable, securing production jobs in the food sector while creating good, local products, that we can be proud of showing to tourists and selling internationally. For this to happen, we need to create meaningful dialogue and discussion between the many different actors in the food sector as well as a sense of community and cohesion between all sections of the food system, from pre-production to post-consumption.

This process is easier said than done, and the transition is not a simple one.  It is, however, a necessary, urgent, and important societal challenge, to find alternative paths for the food sector and the people employed in it, paths which are more sustainable and bear more value for the producers themselves, for the environment, and for local communities.

Slow Food believes that the future of our food systems is in our hands, and action starts at a local level. The biodiversity of the Nordic countries will be on display at Terra Madre Nordic, an event that will be held from 28 to 29 April at the Meat Packing District in Copenhagen. Come and take part, and discover the variety that the north has to offer!


Back to the archive